Call Of Duty: Black Ops 2 is finally here with us, so it’s time to see how Treyarch’s title performs on the PC platform. Treyarch decided to scrap the DX9 in favor of a brand new DX11 renderer that is said to be better optimized than the previous one. And it seems that the company was partially right. Unfortunately though, Black Ops 2 is still a CPU-bound game and does not take advantage of more than two CPU cores. This is an issue that has been present since Modern Warfare 2, and although Black Ops 2 is not as CPU-bound as the first Black Ops game (or World at War), it still needs a high clocked CPU in order to be enjoyed.

As always, we used an overclocked Q9650 (at 4.2Ghz) with 4GB RAM, an Nvidia GTX295, the latest version of GeForce drivers and Windows 7-64Bit. Although Nvidia has added a profile for this game, it did not add the game’s executable file to it or the appropriate SLI bits. PC gamers will have to use a third-party tool (like Nvidia Inspector Tool) in order to add the ‘t6sp.exe’ file to Black Ops 2’s profile, and then add the appropriate SLI bits to it ( ‘0x000010F5’ ). 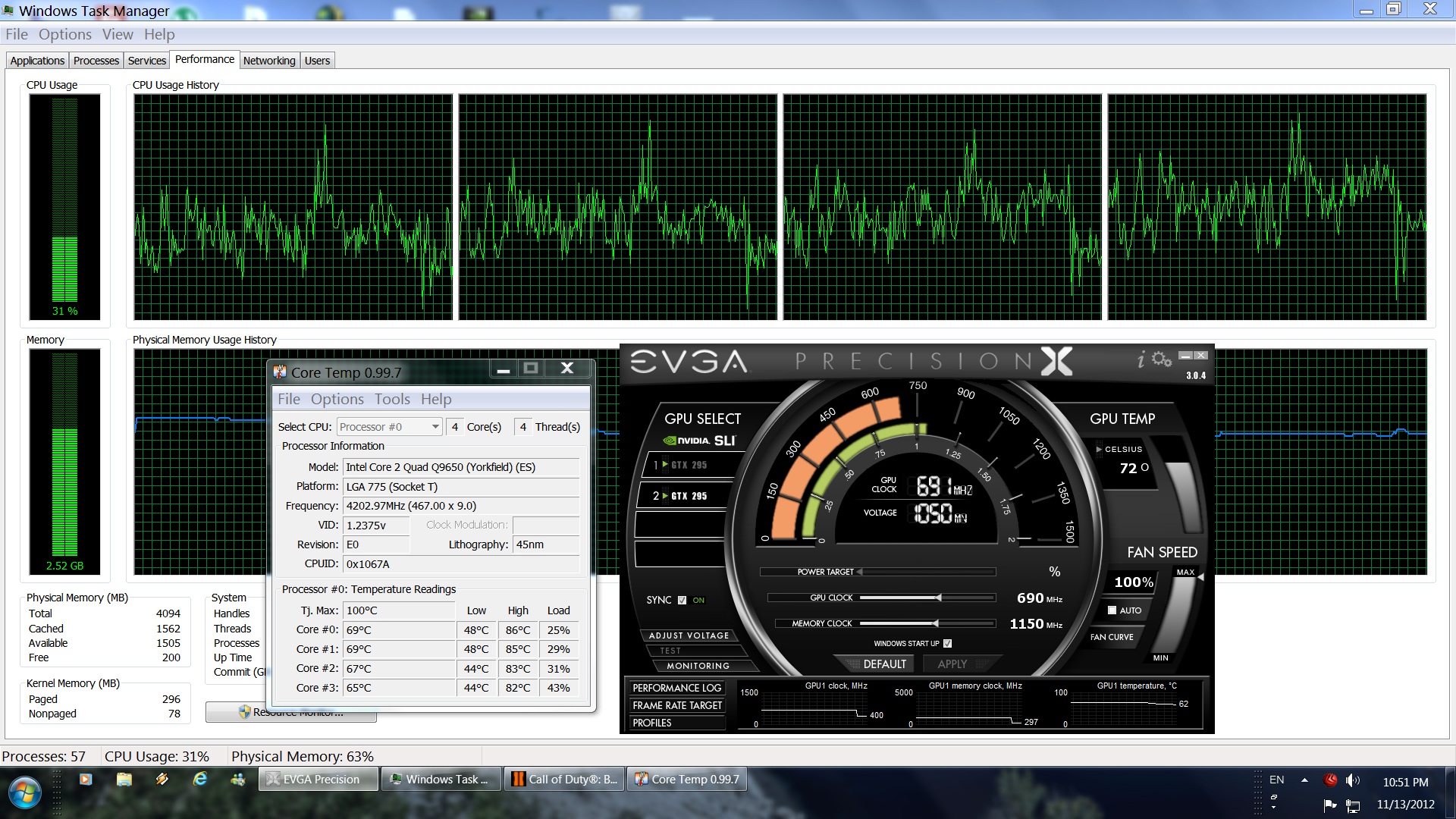 Thankfully, Treyarch’s shooter performs incredibly in SLI mode as we noticed 90-95% scaling on both of our GPU cores. Not only that, but our performance was almost doubled when we ran the game in SLI mode. The difference between a single card and a dual card was around 30-40fps. A single GTX275 will offer you similar performance with the one found on consoles (though you will be able to push the resolution to 720p and play with higher graphical settings). A GTX 295, on the other hand, will offer you a constant 60fps gaming experience at 1080p with max settings (with minimum amounts of MSAA though). Black Ops 2 supports FXAA which ironically does a great job at reducing the game’s jaggies, something that will be appreciated by owners of older GPUs.

Black Ops 2 does not require a quad-core to shine, but it definitely relies on the frequency of your CPU. Moreover, we did not notice any performance hit when we tried to simulate a dual-core CPU, meaning that the game is optimized for dual-core CPUs, even though it scales well and on four cores. When we lowered our CPU frequency to its default clocks, the game’s performance dropped on both of our simulated dual-core and ‘normal’ quad-core systems, suggesting that the engine is not capable of taking proper advantage of more than two CPU cores. Furthermore, there were various scenes in which our framerate dropped below 45s. This proves that Black Ops 2 requires a high clocked dual-core system to run with constant 60fps. Naturally, the game can take advantage of newer CPUs, so expect this game to perform better on Intel’s iX processors. Still, Black Ops 2 is not better optimized than the previous part of the Call of Duty franchise, despite implementing a – supposedly – better and newer API. It’s ironic, but there is nothing on-screen to suggest this kind of CPU requirements. 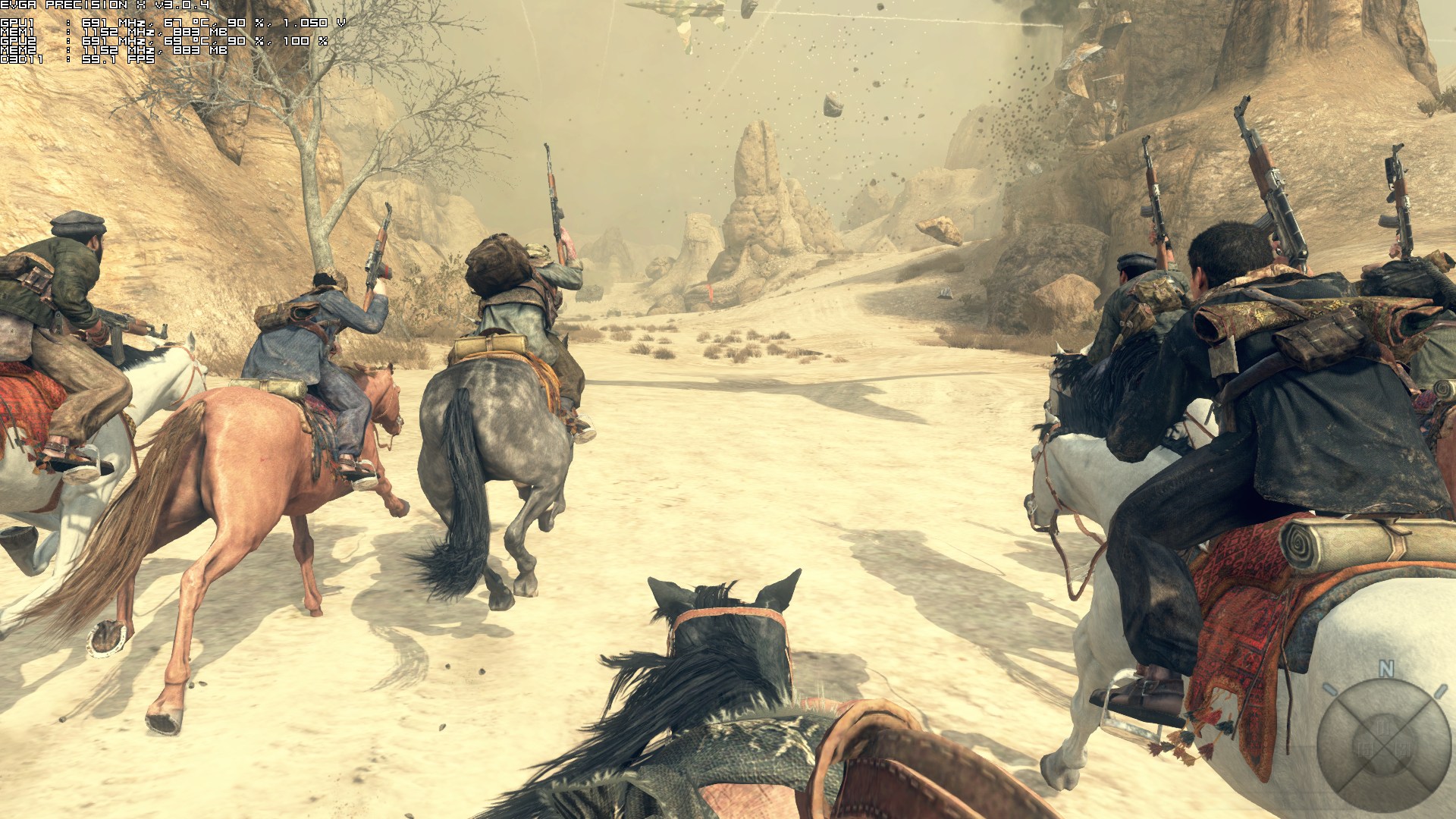 But let’s get back on the graphics side, shall we? We saw that Black Ops 2 benefits from SLI systems but is it a great looker and do its visuals justify the need for a GTX295? Not quite. There are definitely some occasions where the game’s visuals can come close to modern-day shooters, however most of the times, Black Ops 2 looks outdated. There are a lot of low-resolution textures, the ambient occlusion technique that has been used is among the worst we’ve ever seen, and there is a lot of pop-up (naturally, there is no option to adjust the game’s LOD). Black Ops 2 scales incredibly on SLI systems and runs with 60fps on a GTX295 (when it is packed with an overclocked CPU), but we really can’t see why it stresses such a system. Destructibility is limited, as is interactivity. A certain type of grass is bendable, while the rest of it is not. For your interest, Black Ops 2 performs almost identical to Crysis 2, Battlefield 3 and Medal of Honor: Warfighter, yet looks much worse than all those aforementioned titles.

All in all, we were expecting more from Treyarch, especially after its statements about how much better and faster DX11 actually was. Black Ops 2 does not take advantage of more than two CPU cores, meaning that gamers with older quad-core systems (and with dual-core systems) will have to overclock their CPUs to 4Ghz. That is of course if they want to enjoy the game at – nearly – max settings and with constant 60fps. The game scales incredibly on SLI systems, however it does not push the visuals of other titles – like Battlefield 3 or Crysis 2 – that perform similarly to it. 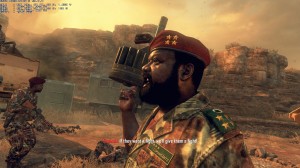 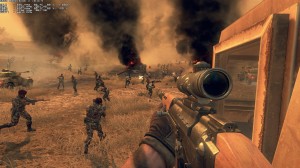 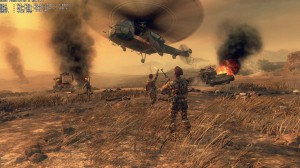 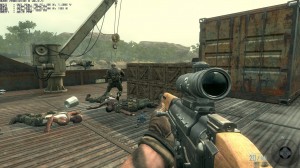 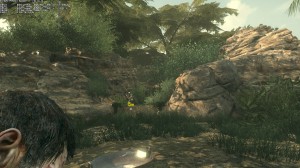 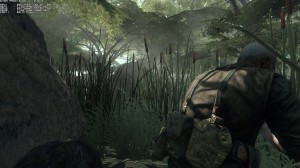 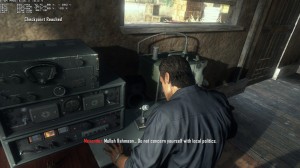 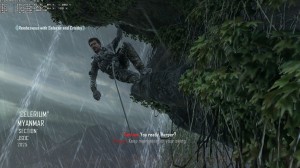 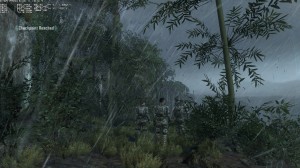 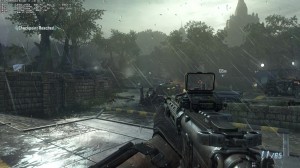 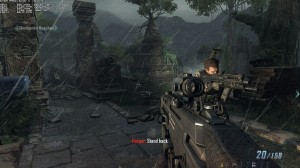 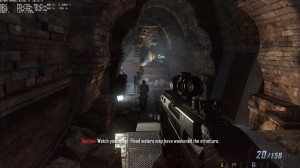 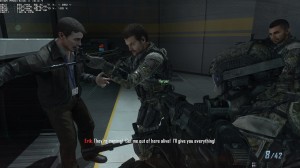 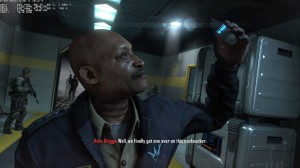 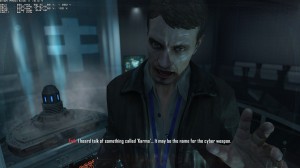 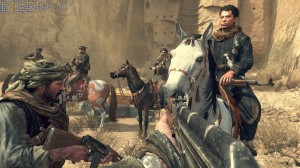 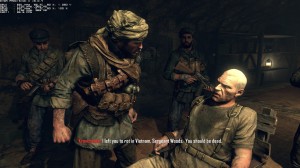 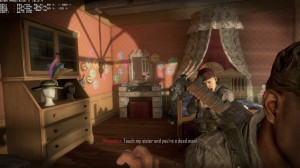 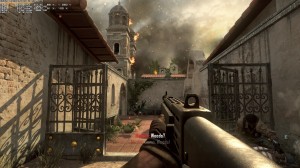 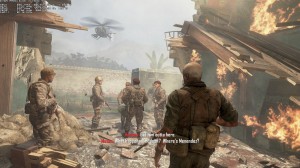 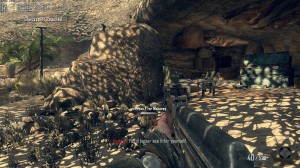 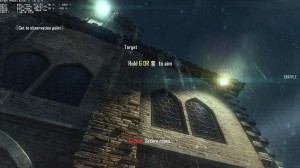