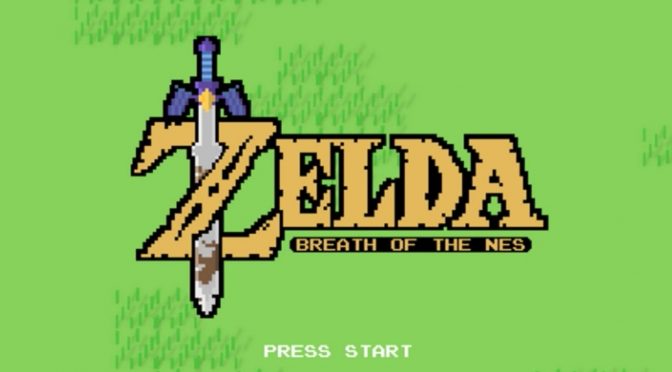 In order to create The Legend of Zelda: Breath of the Wild, Nintendo used a 2D prototype version of it in order to experiment and determine what would be featured in it. This prototype version was showcased at GDC 2017 and Winter Drake is currently working on a remake based on that version.

Zelda: Breath of the NES recreates the style and look of the GDC 2017 demo, and is available for download on itchio.

In this early version of Zelda: Breath of the NES, players can cut down trees, harvest food, shoot arrows, and use physics to kill enemies.

“This project is still in its early stages… I’ll be adding more areas with distinct elements and atmospheres, puzzle elements for dungeons, and lots of ways to creatively kill enemies.”

Now I’m pretty sure that most of you will say that Nintendo will shut down this project. Well, the good news is that Winter Drake aims to finish this project, no matter what. And if he does receive a C&D letter from Nintendo, he will remove all characters related to Zelda.

“When a lot of people hear about this project, they jump to worrying about a cease and desist from Nintendo. While I’m going to stay hardworking on Breath of the NES for as long as I can, if Nintendo asks me to stop using their IP, I do plan to continue development with my own original characters. I’m having way too much fun creating this world to just give up.”