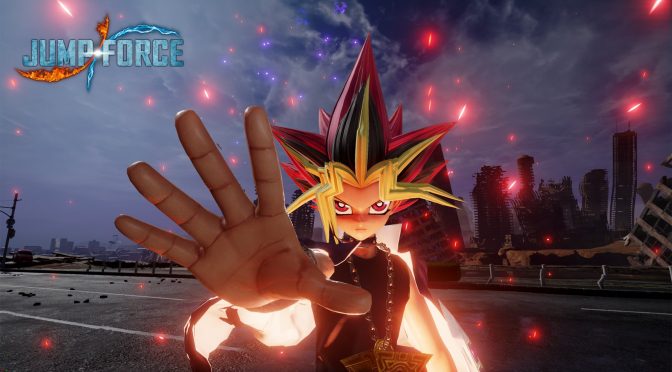 Bandai Namco has announced that Yu-Gi-Oh! is the latest franchise that will feature in JUMP FORCE. Joining the roster of JUMP FORCE is Yugi Muto, the hero of Yu-Gi-Oh. In order to celebrate this announcement, the publisher has also released the first in-game screenshot that you can find below.

JUMP FORCE will bring together the greatest heroes and villains from over the 50-year history of Shueisha’s influential Japanese manga Weekly Shonen Jump to fight for the fate of their world and ours.

Yu-Gi-Oh!’s story takes place in a world where a card game: Duel Monsters, is one of the largest aspects of everyday life. The game can bring fortune and fame to its champions, or demise to those less fortunate.

The main protagonist, Yugi Muto, is a lonely boy who loves playing the game but was never blessed with talent. After finding and solving the Millennium Puzzle, an ancient and powerful artefact, Yugi unknowingly became host to Dark Yugi, the spirit of the long deceased Pharaoh Atem. The Pharaoh’s spirit possess and takes control of Yugi in times of danger, he is able to become one of the greatest Duel Monsters players in the world.

We expect a gameplay trailer and some more screenshots to be released soon, so stay tuned for more! 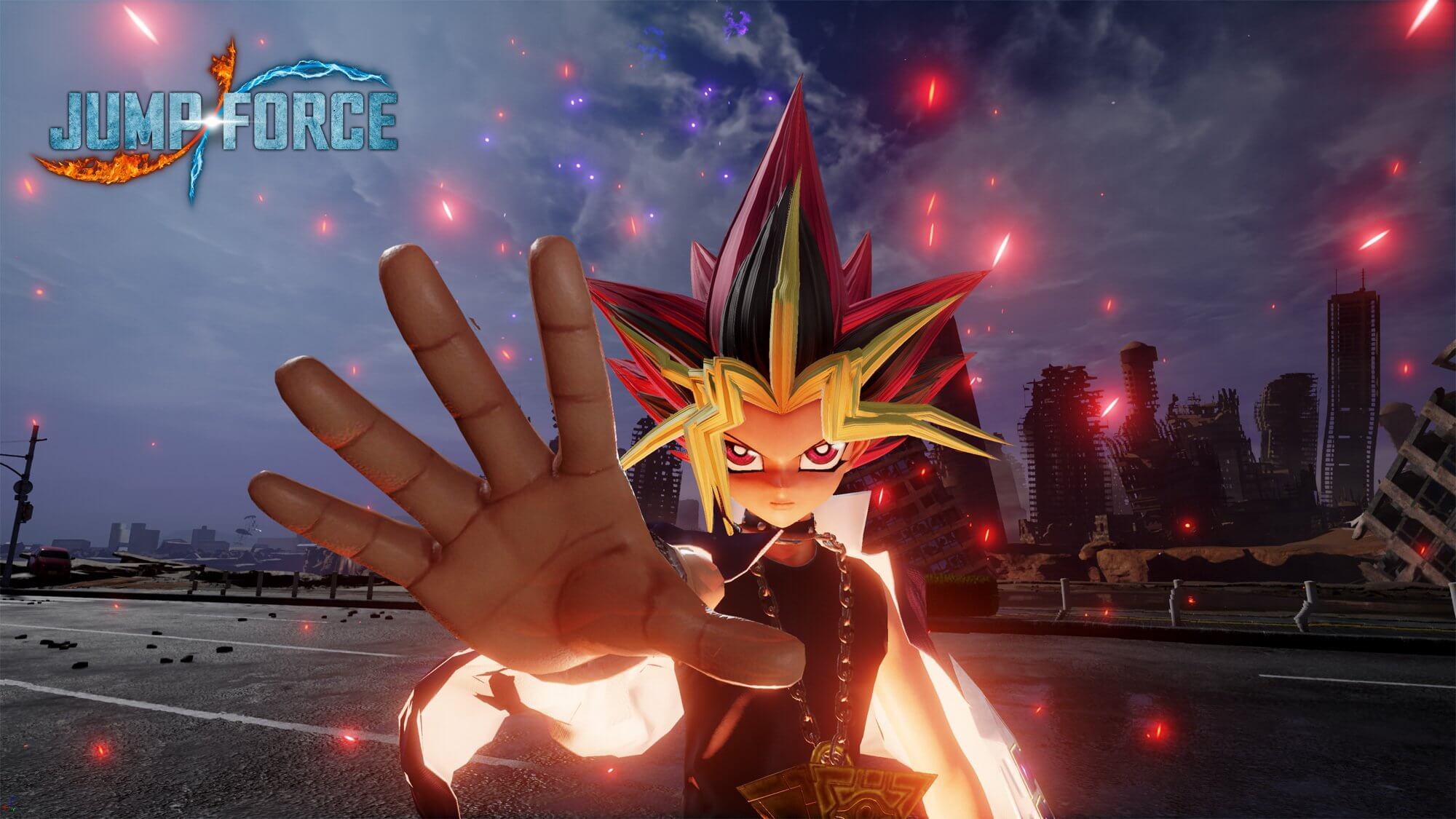