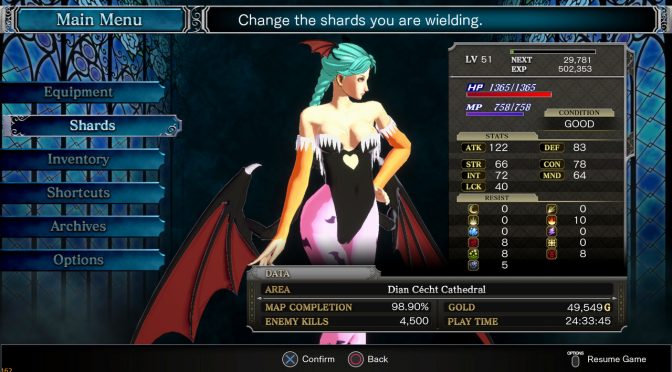 Modder ‘thor777’ has released a pretty cool mod for Bloodstained: Ritual of the Night. As we all know, this game features vampires and demons and this latest mod allows you to play as the female demon from Darkstalkers, Morrigan.

This mod works with thor777’s No Hats and No Boots mod (in order to have a clean look at Morrigan’s model). Moreover, main costume choices are now available (so you can change Morrigan’s colour).

In order to install this mod, you’ll have to create a folder named ~mods under \BloodstainedRotN\Content\Paks\. Then, you’ll simply have to extract Morrigan.pak into the “mods” folder. And that’s it.

As you may have already guessed, this is just a 3D character swapper and nothing more. Obviously, Morrigan does not have any of her own moves and relies on Miriam’s weapons. Still, and like most 3D character swappers we’ve been sharing, we believe that it is a cool mod.

You can download this mod from here, and below you can find some screenshots showcasing the mod in action.