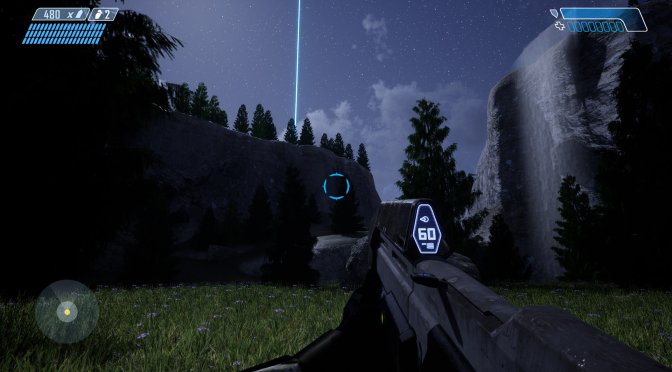 Now here is something special for all our  Halo fans. Last month, ArcSin Jesse recreated the Halo level from Halo: Combat Evolved in Unreal Engine 5. And, contrary to other Unreal Engine 5 projects/remakes, the artist has made this project available for download, meaning that everyone can download and play it.

This fan remake features audio from the original game (so yes, you will hear Cortana). It also packs proper combat and gameplay mechanics. There are Banshees to fight, as well as Covenant enemies. Hell, there are even marines that can help during combat (or while driving the Warthog). And yes, you can drive the Warthog.

To be honest, this fan remake of Halo feels and plays like Halo. And, since the first Halo game received an official (and faithful) remake, it can be interesting to compare them.

The only downside here is that the level is a bit dark. While ArcSin Jesse matched the time of day of the original level, he did not use any “fake” light sources to improve overall visibility. As such, and while we have realistic lighting, the level’s art style is a bit changed.

But anyway, this is a very cool fan remake of Halo, and you can download it from here.

Lastly, and speaking of Unreal Engine 5, we suggest downloading these other fan remakes. For instance, you can download a Superman UE5 Demo, a Halo 3: ODST Remake, and a Spider-Man UE 5 Demo. There is also The Legend of Zelda Ocarina of Time Fan Remake in Unreal Engine 5.1. And then we have The Lord of the Rings: Conquest Reimagined in Unreal Engine 5.