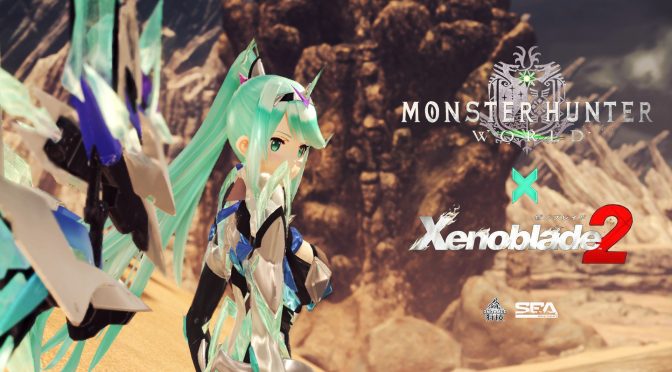 Well, you gotta love modders. Yesterday, we informed you about a new mod for Monster Hunter World that brought Overwatch’s Genji Baihu and Genji Oni to it and today we are presenting you a mod that brings Pneuma from Xenoblade 2 to Capcom’s monster hunting game.

Similarly to the Overwatch and NieR Automata mods, this Xenoblade 2 mod also brings Pneuma’s weapon to the game, allowing gamers to feel more like Pneuma (than simply using her 3D model in a different game).

But anyway, this mod only works for female character and players will have to use the Brigade armor and her weapon replaces the Dante’s Devil Sword, Taroth Strongarm”Horn”, Diablos Tyrannis II and Taroth Sword Fire weapons.

In order to install this mod, you’ll simply have to download it from here, extract the downloaded file and put nativePC into the root of MonsterHunterWorld.