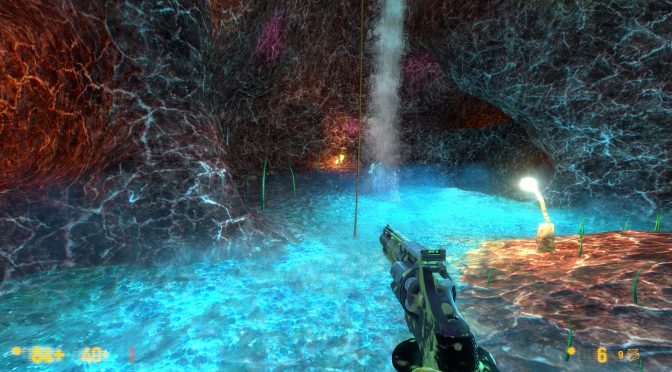 While the official Xen levels for the faithful Half-Life remake in Source Engine, Black Mesa, have not been released yet, modder ‘zloikot’ decided to remaster himself those alien levels so that gamers could experience them. And today, the modder released a brand new version of his mod.

Now while this Xen recreation is not as advanced as what the Black Mesa team is currently working on, it’s better than Half-Life players have been experiencing this whole time. And since it’s taking the Black Mesa team a lot of time in order to release the Xen pack, we strongly suggest downloading and playing this unofficial Xen remake.

This latest version of the Black Mesa Improved Xen mod comes with some of the new graphical features that can be found in the latest version of Black Mesa. For instance, there are realistic dynamic shadows, advanced static lighting, sun godrays and geometry reflections.

What’s also cool here is that the modder has improved the Xen water and made it more dynamic like it was in the original Half-Life, and improved and updated some models using Photogrammetry (trees and rocks).

In order to showcase some of the visuals improvements, the modder has released the following lovely screenshots.