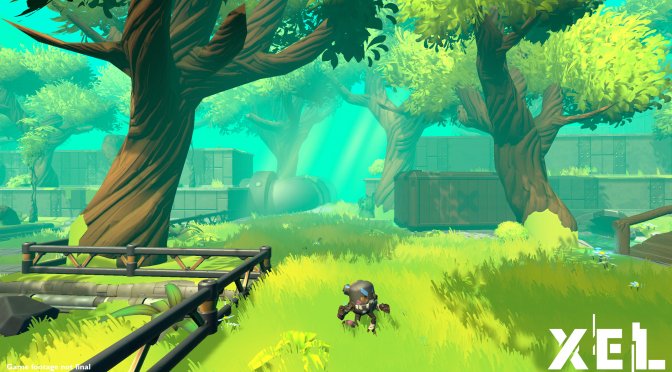 Assemble Entertainment today unveiled the latest title to join its award-winning roster: XEL. Developed by Tiny Roar, XEL is a vibrant sci-fi “Zelda-like” that will head to PC in 2022. In order to celebrate this announcement, the publisher has also released the game’s debut trailer that you can find below.

In this game, players will explore a lush, vibrant world filled with gorgeous — and occasionally deadly — biomes. Players will solve intricate puzzles, explore mysterious dungeons, and battle merciless robots and exotic wildlife. Inspired by the Zelda series, XEL promises to take players through an epic and heartwarming story filled with fantastical settings and memorable characters set to an emotionally powerful soundtrack from composer Gidon Wolff.

XEL follows an amnesiac protagonist named Reid, who finds herself shipwrecked on an enigmatic world with no memory of her previous life. Players will join Reid as she sets out to get to the bottom of the mystery behind this bizarre land. The game will have a classic, top-down, 3D action-adventure format. During her quest, Reid will meet charming, and enduring characters, engage in thrilling combat. She will also find and upgrade a whole bevy of nifty weapons, items, gadgets, and moves.