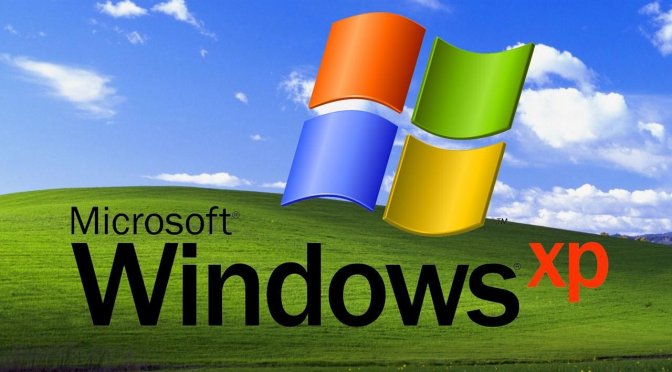 It appears that Microsoft seems to have fallen victim to yet another leak regarding its Windows operating system. This time, the source code for Windows XP, as well as Windows Server 2003, has allegedly been shared online in public.

The Verge has verified that the material is indeed legitimate, and a Microsoft spokesperson told the company is investigating the matter. Various media outlets have reported that the source code for the legacy operating systems Windows XP and Windows Server 2003 has been leaked online.

According to reports, the source code for both operating systems was shared via torrents on file-sharing websites. The OS source code was leaked online as a 42.9 GB torrent file on 4chan, an online message board often associated with internet trolls and extremism. The content of this torrent file includes source code for several of Microsoft’s older operating systems, such as Windows 2000, Embedded (CE 3, CE 4, CE 5, CE, 7), Windows NT (3.5 and 4), XP, and Server 2003.

There are fresh reports claiming that the leaked files also contain the source code of the first Xbox operating system, MS-DOS (3.30 and 6), and for various Windows 10 components. The leaker claims to have spent the last two months compiling a collection of leaked Microsoft source code. This 43 GB collection was then released as a torrent on the 4chan forum.

The contents of the torrent include:

In addition to the above torrent file, a smaller 2.9GB 7zip file containing only the source code for Windows XP and Windows Server 2003 is being distributed online as well. Several Windows experts who analyzed the files said they were legitimate. The leaker claims that the Windows XP source has been passed around privately between hackers for years, but only recently made public.

Even though Windows XP and Windows Server 2003 are very old operating systems, complete source code leak of them is a huge security concern. Because even modern OS like Windows 10 will have several source code files that are untouched from Windows XP days. Hackers can go through the old source code and find bugs to exploit them on Windows 10.

While Windows XP was released almost 20 years ago, if any code is still used in modern versions of Windows, this leak could be a potential security risk.

Source code is human-readable instructions that tell a computer how a program should run. This source code is then compiled into a binary executable format that can be executed by the computer.

It was always possible to reverse engineer Windows to find bugs, but by having the source, it makes it much easier to get a detailed look into the inner workings of the Windows operating system. If exploitable bugs are found in the Windows XP source code, and the code is still used in Windows 10, threat actors could exploit the bug in the modern version of the operating system. One Windows internals expert has already found Microsoft’s NetMeeting user certificate root signing keys.

That leak is already turning up some interesting stuff, like the NetMeeting user certificate root signing keys. pic.twitter.com/yAv7shpJXA

“All these files have been out there for ages,” wrote a user on the HakerNews aggregator. “Especially the WRK [Windows Research Kernel], which anyone with a .edu [email account] could already download.”

Microsoft ended support for Windows XP back in 2014, although the company responded to the massive WannaCry malware attack with a Windows XP patch in 2017. Though, Windows XP is not entirely dead. Last year the UK Government confirmed that 2,300 NHS computers were still running Windows XP, and no doubt there are other organizations out there working with older computers, running operating systems that are never being patched.

Things get even more bizarre, though. The leak features a selection of QAnon propaganda videos peddling Bill Gates conspiracy theories, a detail that has led some to believe the whole thing is an elaborate stunt. The files also contain bizarre information related to Bill Gates and various conspiracy theories.

But let’s be honest, XP users have been in danger ever since Microsoft stopped supporting the operating system. With a market share of around 1% of the total Windows user base, XP isn’t as attractive to malware developers as it was once used to be. No threat actor will invest so much effort into auditing decades-old source code for an exploit with so few returns.

Be warned though, as downloading the torrent file is not recommended, and no links are allowed to be shared here as well. Don’t believe everything you read on the internet, and always be cautious about what you choose to download and run on your PC. The risk is that high demand could perk the interest of cybercriminals, who might plant poisoned and effected versions of the torrent on file-sharing sites in the hope that users might download it and could accidentally infect themselves with malware.

It would be pretty galling to be hit by ‘cryptomining’ code or have your files scrambled by ‘ransomware’ just because you were curious about Microsoft’s source code. Be safe.