As we can see, the battle between Windows 7 and Windows 10 is fierce. While Windows 10 dominates the charts, Windows 7 is really close to it. Okay, there is a difference of more than 50 million devices, however one would expect that difference to be higher. On the other hand, Windows 8 could do a bit better. It’s interesting to note, though, that Microsoft has stopped supporting Windows 8 after its 200 million units. Moreover, Microsoft has been offering a free upgrade to Windows 10 from Windows 7 and 8. As such, we don’t know how many of these Windows 10 devices are brand new or not. 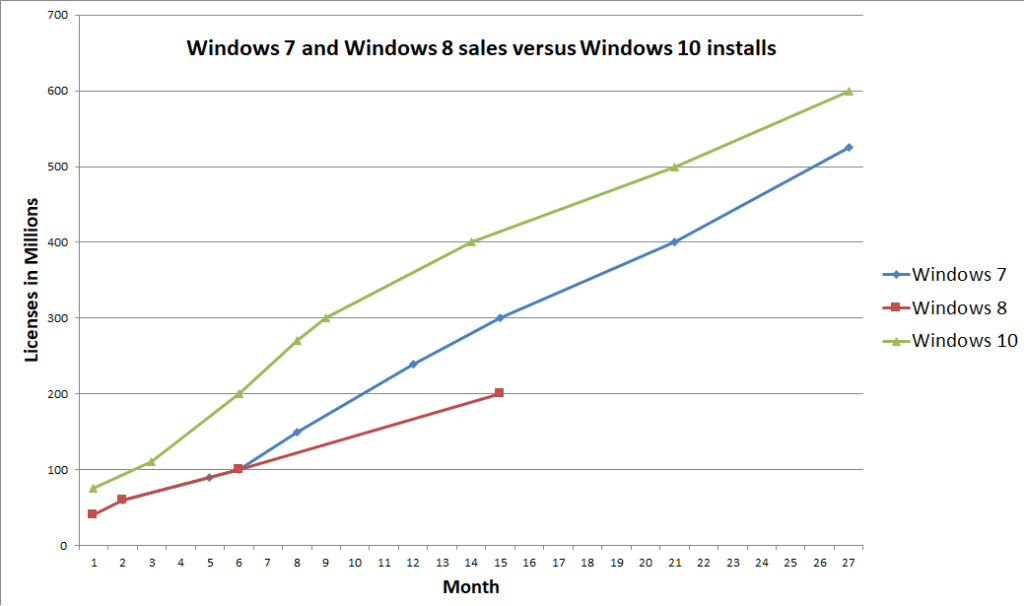 According to reports, Microsoft was aiming to reach one million devices running Windows 10 in two to three years. Windows 10 came out in July 2015, so it’s safe to say that Microsoft did not meet its initial goal.