Yesterday, we informed you about a security design flaw in Intel’s processor that required a new software update. According to initial reports, this fix would bring a performance hit on Intel’s CPUs somewhere between 5-30%. Microsoft has released this security fix for Windows 10 so it’s time to test some triple-A games under CPU-bound scenarios.

For these tests, we used an Intel i7 4930K (overclocked at 4.2Ghz) with 8GB RAM, NVIDIA’s GTX980Ti, Windows 10 64-bit and the latest version of the GeForce drivers. We’ve tested six triple-A games: PlayerUnknown’s Battlegrounds, Assassin’s Creed Origins, Star Wars Battlefront 2, Need for Speed Payback, Destiny 2 and The Evil Within 2. In order to prevent any GPU limitations, we lowered our resolution to 720p in PUBG, Assassin’s Creed Origins and Star Wars Battlefront 2.

As we can see, there was a noticeable performance hit in Assassin’s Creed Origins. On the other hand, Need for Speed Payback saw a minor performance increase and PUBG saw a small performance decrease. The other three games performed similarly (performance difference was within the margin of error). 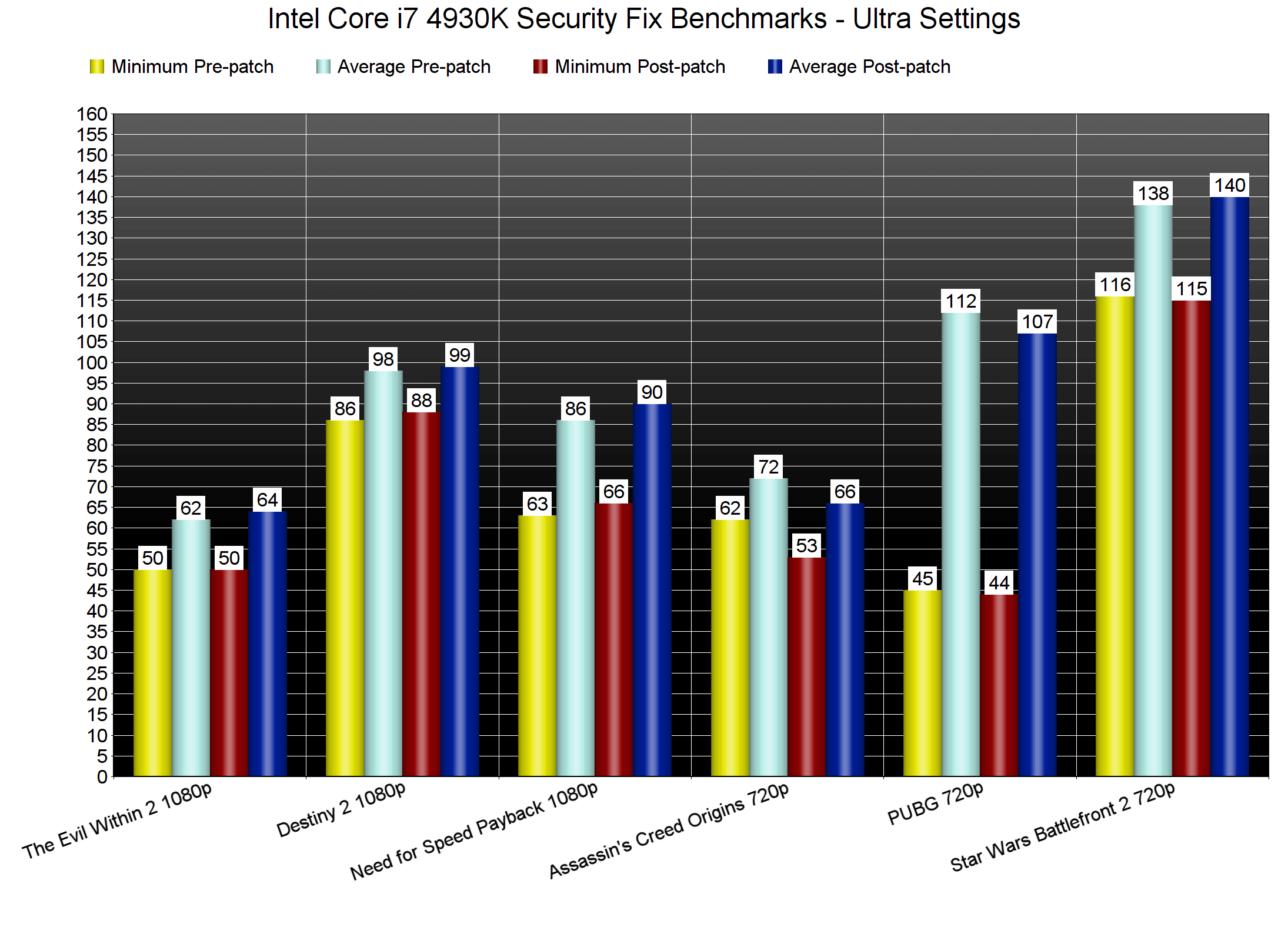 In conclusion, some titles may perform worse on specific Intel CPUs after installing this security fix. Since Assassin’s Creed: Origins saw a big performance hit, we don’t know whether other – future or past – games will behave similarly. For what it’s worth, most games appear to perform about the same; some titles saw a small performance increase (this shouldn’t be happening but that’s what we’ve discovered while testing the games) while others took a small hit. As such, and with the exception of Assassin’s Creed Origins’ results, most of the times, the performance difference will be within the margin of error.