As we informed you a couple of days ago, EMPRESS was able to crack Watch Dogs Legion which was using Denuvo V10. Alongside Denuvo, Ubisoft used four additional DRM protections. As such, we were curious whether the pirated version performed better than the retail/digital version. Therefore, we went ahead and benchmarked both of them.

Now as we’ve stated and before, the EMPRESS crack is most likely bypassing the five DRM protection systems. What this means is that they are, most likely, running in the background. Nevertheless, Resident Evil Village and Assassin’s Creed Origins performed better when they were cracked. As such, we wondered whether this was also the case with Watch Dogs Legion.

Since these DRMs are mainly affecting the game’s CPU performance, we’ve decided to select Ultra settings and benchmark these two versions at 1080p with DLSS Quality.

With Ray Tracing enabled, our system had trouble hitting constant 60fps. While we had a healthy average framerate (71fps), we saw some drops to the 50s. Our guess is that our memory bandwidth/frequency are limiting these Ray Tracing effects (as both our CPU and GPU were not stressed at all). 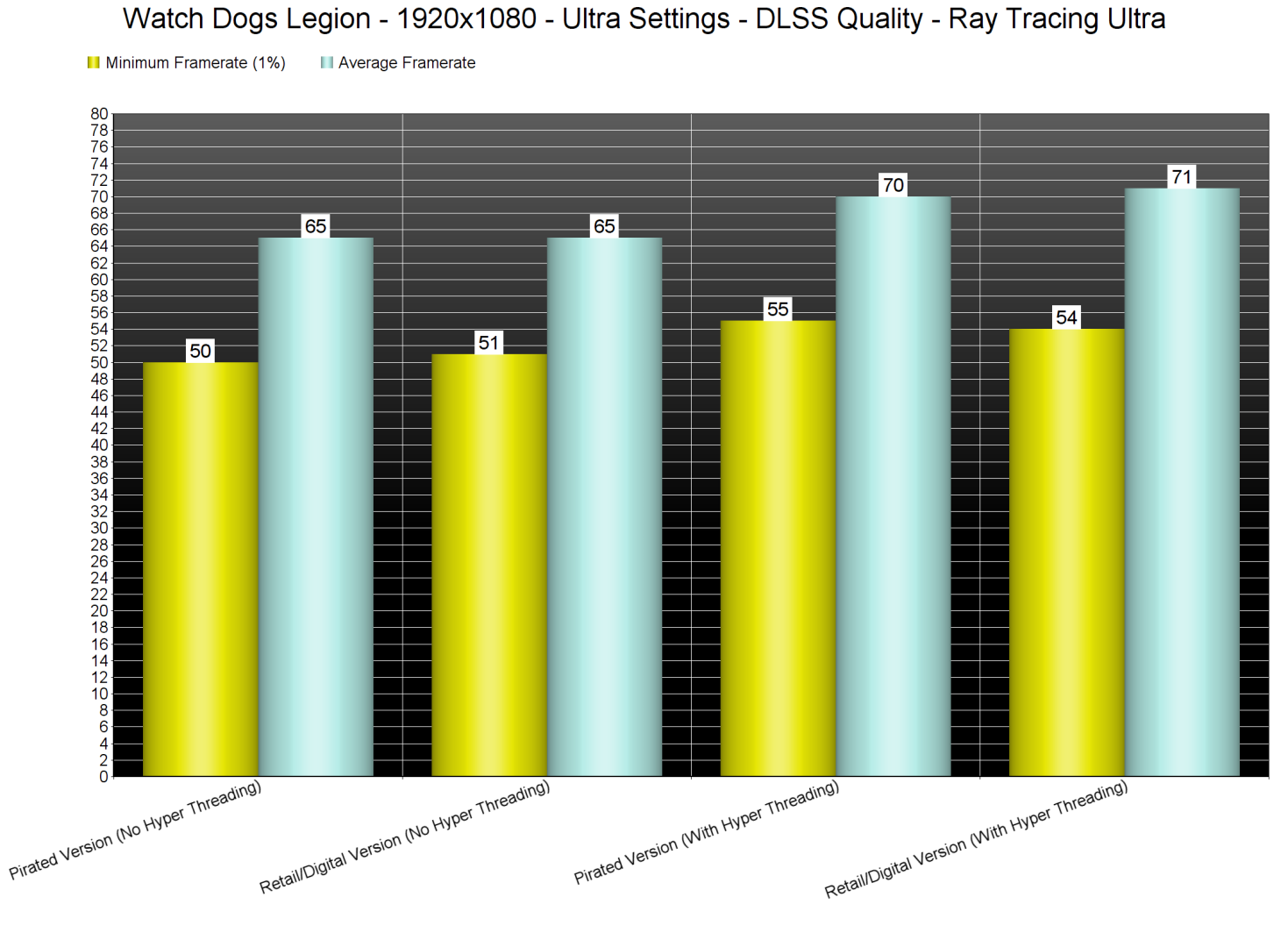 Without Ray Tracing, we were able to get a constant 60fps experience on both versions. Even when roaming the city at high speeds (and causing havoc), our system was able to maintain a smooth gameplay experience. 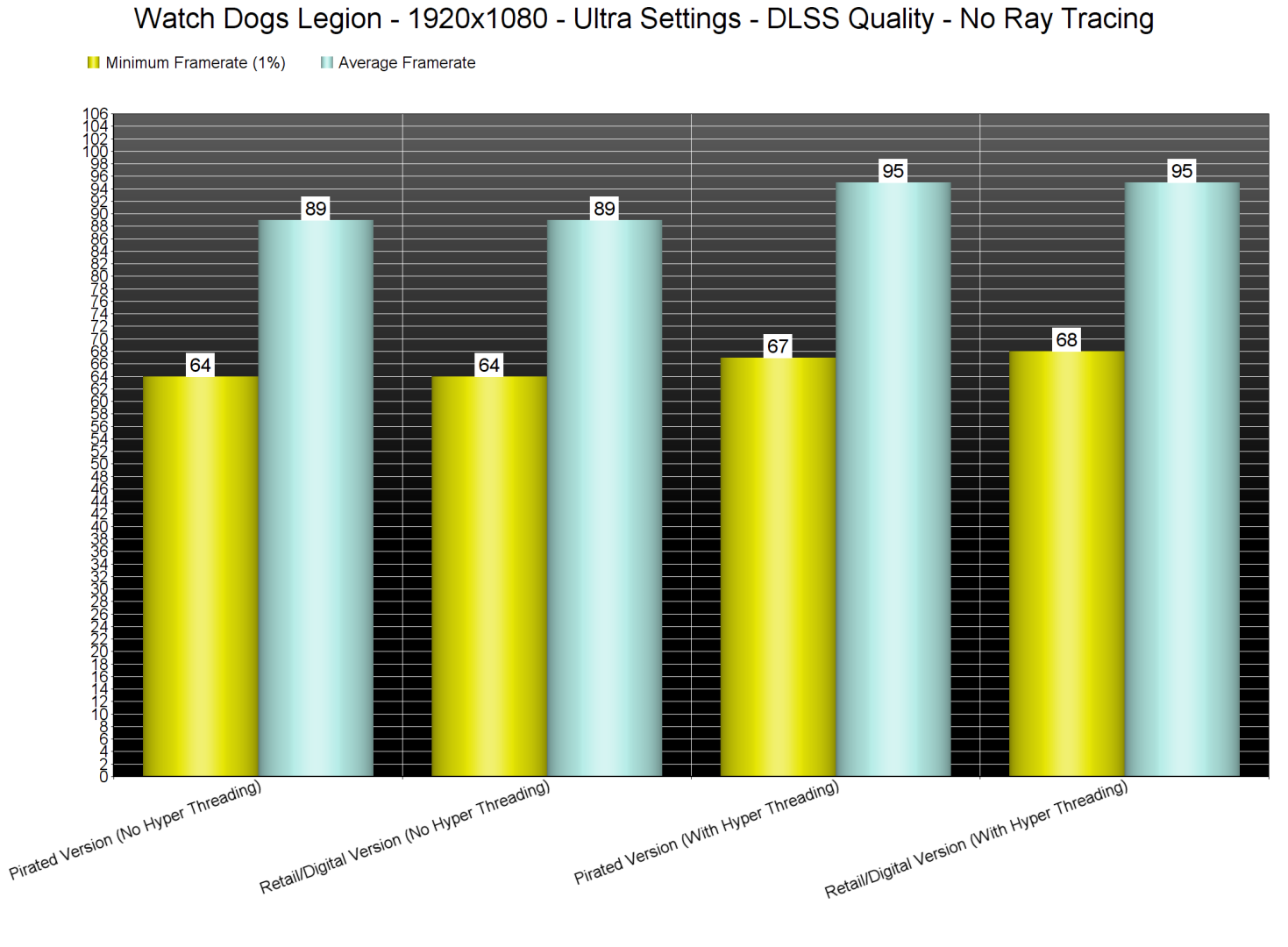 And that is that. Contrary to Resident Evil Village and Assassin’s Creed Origins, Watch Dogs Legion does not benefit (performance-wise) from its recent crack!