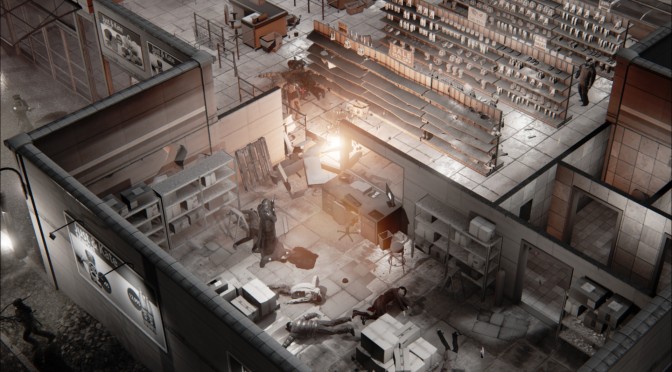 Destructive Creations released earlier today its controversial title, Hatred, on Steam Early Access. Apparently, though, Valve felt that the game was not suited for its digital distribution service and decided to take it down. Valve’s decision was based on the game’s Greenlight content, though we have to wonder whether such a decision is justified, especially when GTA V (especially with its newly first person camera viewpoint) can get even more violent than Destructive Creations’ isometric title.

Destructive Creations issued a public statement, in which it claimed that the game is still planned for a Q2 2015 release.

As the statement reads:

“Even though games like Manhunt or Postal are still available on Steam we of course fully respect Valve’s decision, as they have the right to do so. In the same time we want to assure you that this won’t in any way impact the game’s development, game’s vision or gameplay features we’re aiming for. The game is still to be released in Q2 2015 as planned.”

Moreover, Destructive Creations believes that there is a market for its isometric title. According to them, Hatred has already gathered 13,148 up votes and ended up on a #7 on Top 100 list (before Valve taking it down).

“This is the best proof for us that there are diehard Hatred fans out there, waiting for this game to be released. And that we need to keep going to deliver them a game that offers exciting and challenging gameplay.”

Of course, Valve has the right to take down whatever game it wants to. After all, it’s their service. Was it a right thing to do? Definitely not, especially when games like Manhunt and Postal are still available on Steam. But then again, Destructive Studios is not as a big studio as Rockstar, right? Figures.