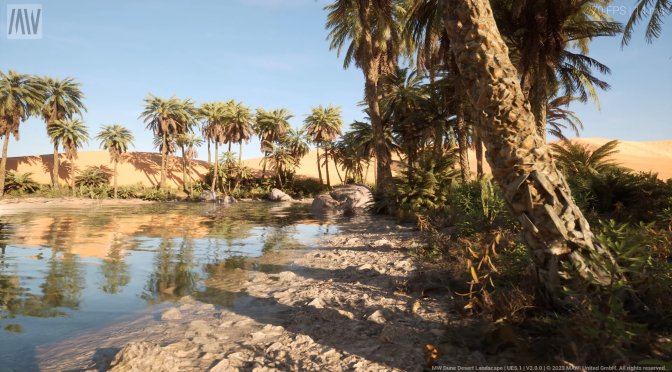 MAWI United GmbH has released a brand new demo for Unreal Engine 5.1, showcasing a desert landscape. This demo takes advantage of Nanite and Lumen, offers incredible graphics, and can push the mighty NVIDIA GeForce RTX 4090 to its limits.

YouTube’s Digital Dreams has shared the following video, showcasing this demo running on an AMD Ryzen 9 7950X with an NVIDIA GeForce RTX 4090. As we can see, the demo frequently drops below 60fps at 4K on NVIDIA’s most powerful GPU, especially at night.

To its credit, the demo does look incredible. The night scenes in particular look amazing. Moreover, and thanks to Nanite, there aren’t any visible LOD transitions. The only thing that some of you may catch is some shadow changes. Other than that, everything looks top-notch. There are also some cool wind sand effects. And, to be honest, I don’t expect current-gen games to match the quality of this demo.

But anyway, you can go ahead and download the demo from here. MAWI United GmbH has listed the RTX2080 as the minimum required GPU. The team also recommends using an RTX3080.