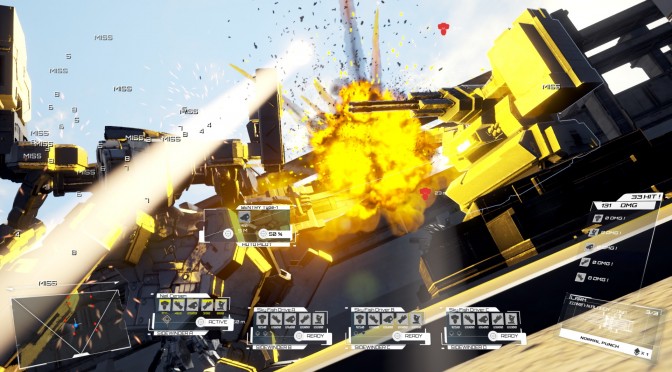 Orbital Speed Studio has announced that its turn-based mech strategy game, DUAL GEAR, has been delayed until 2018. The game is currently under a closed beta phase on the PC and after all the feedback Orbital Speed Studio received, it decided to delay it.

Despite that, Orbital Speed Studio plans to show the game at Kyoto on May 20-21 on the BitSummit Event (Kyoto Indie Festival 2017).

In case you weren’t aware of, DUAL GEAR aims to let the player control the 6 meters mech called the DUAL GEAR, thus giving them the chances to run, gun, and boost during the player’s turn.

In Dual Gear, players can command the units with turn based system from the third person action perspective and also develop a pilot and customize their own mechs and squad to finish the mission and find the secret parts,weapons and story.

The game promises to mix strategy and action together, and will challenge the player to both to react and plan strategies in the same battlefield.

DUAL GEAR will focus heavily into an epic storyline, spanning over 30 missions, will feature fully customizable mechs, as well as over 60 weapons to choose from.