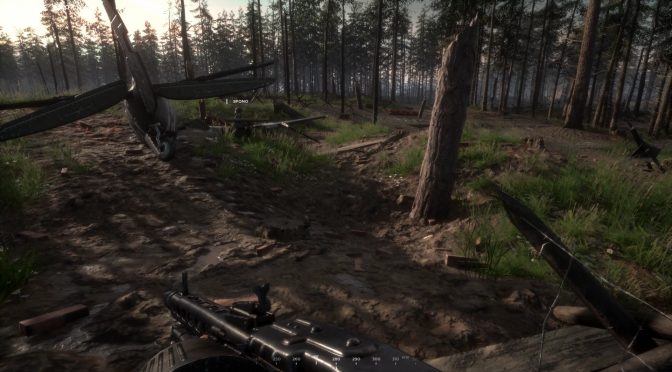 Team17 and Black Matter announced that they are collaborating to bring the hotly anticipated authentic WWII shooter Hell Let Loose to PC early access in 2019. In order to celebrate this announcement, the teams have also released a gameplay trailer that you can find below.

Hell Let Loose is described as a realistic platoon-based multiplayer first-person shooter set during the Second World War and built using Unreal Engine 4. Offering 50 vs. 50 tactical battles in which players must coordinate to capture sectors and resources to beat the opposition into submission, the game creates an epic theater of war across huge maps. Authenticity is key, and players will be able to experience history using a realistic period arsenal, with accurate weapon behavior.

During the early access period, the team will work collaboratively with the community to create the best possible multiplayer experience and will be regularly updating the game based on feedback. A roadmap of key content drops will also be made available when early access begins.

“Team17 have a long history of delivering robust and highly accomplished titles. Their philosophy of delivering a great final product whilst importantly allowing us to protect the unique identity of an FPS title like Hell Let Loose was a key factor in our partnership. And a title this epic in scope posed a huge challenge for a small studio like us. Working with Team17 will allow us to focus on the development of the game while ensuring we deliver players the polished experience they expect.”

“We’ve always said our aim is to work with the most talented game makers on great games regardless of genre. Hell Let Loose offers fans of simulation shooters something truly special and we can’t wait to get the game into players’ hands. Black Matter have created an incredible game and we were blown away when we were first introduced to it. We know fans of the genre will be, too. We are delighted to not only support them in delivering the quality gaming experience they wish for their fans, but to help them on their journey as a team, as well.”