Okay, we don’t usually share news about mobile games but Mercenary Ops looks gorgeous. Well, at least for a mobile video-game. Yingpei Games announced today that they are going to launch this first person shooter on iOS platforms by the end of November.

According to the press release, the game has been launched in China App Store for 2 months, where it was top ranked and recommended by Apple China at the homepage.

Mercenary Ops tells a story which happens in the modern time. ICF (International Coalition Forces) Investigator –LEO sneaks into a small town in Europe, which happened a bio crisis recently. He is going on a thrilling adventure, facing with various infected enemies and unbelievable bosses.

The game features an innovative easy-on-hand game-control, that will be ‘freeing up your left hand‘. According to the developers, this innovative “one finger” control style makes you more convenient to experience the fun of game.

Mercenary Ops features two game modes. Players will be able to play the story mode (sporting 8 levels and 3 bosses) or the survive mode (in which there will be unlimited scenes, increasing difficulty and uphill confrontation). 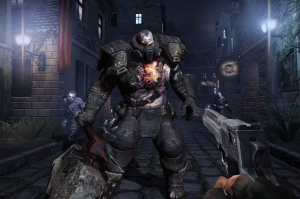 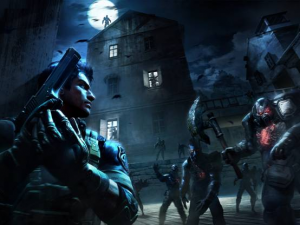