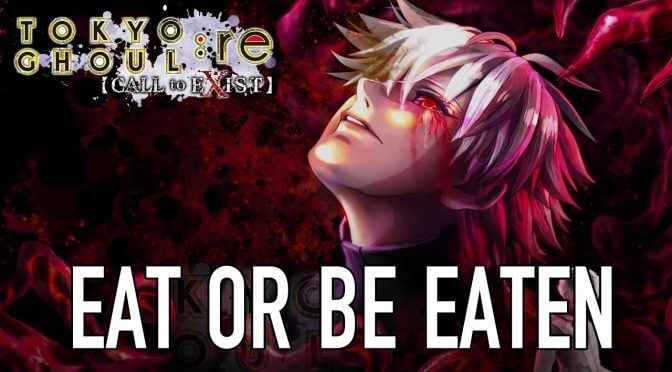 Bandai Namco has announced the first video game based off the popular dark fantasy manga TOKYO GHOUL:re, TOKYO GHOUL:re CALL to EXIST. In order to celebrate this announcement, the publisher has released the game’s debut trailer that you can watch below.

TOKYO GHOUL:re CALL to EXIST is a third-person title that will feature an offline mode and a multi online co-op play in which the goal is to survive. Fans can enter the war against ghouls and investigators on either side, with any character from TOKYO GHOUL, TOKYO GHOUL VA and TOKYO GHOUL:re.

In TOKYO GHOUL:re CALL to EXIST, Ghouls and investigator character types each possess their own unique abilities and weapons to master, including Kagune or Quinque type items.