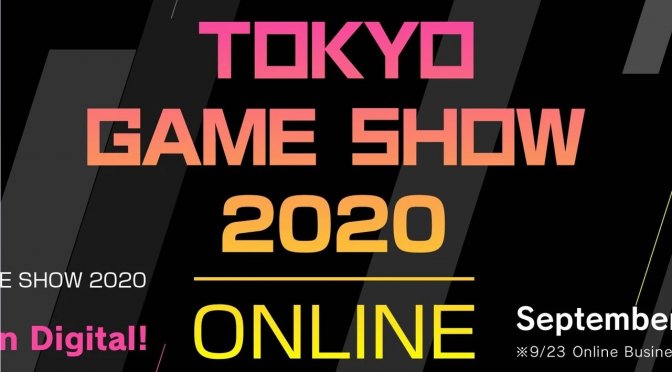 Japan’s biggest gaming show is still going to happen this September as a digital-only online stream, as reported by Famitsu. The online show will be held from September 23 to 27th. New game titles will be announced by both major and indie Game developers.

The show will be streamed from the Makuhari Messe convention center outside of Tokyo, but fans won’t be able to attend it personally.

TGS 2020 will include several Japanese game studios, from indies to major AAA from the likes of Capcom, Bandai Namco, PlatinumGames, SEGA, and Square Enix. There will also be an e-sports tournament, and new service showcases and announcements as well.

TGS2020 ONLINE, the first online event at the Tokyo Game Show, aims to provide everyone with the opportunity to experience the joy and possibilities of advanced technology through games. Since the world where people all over the world connect with space and time without time lag spreads online, there is a possibility that the game will exceed the game and change the future of various fields, and the official website says “We would like you to experience that joy with TGS2020 ONLINE as soon as possible. Please look forward to the world-famous game festival “TGS2020 ONLINE”.”

As the press release reads, via translation:

“”Computer Entertainment Association (CESA) is an online event to replace the Tokyo Game Show 2020 scheduled to be held at Makuhari Messe in September of this year, from September 23 (Wednesday) to 27 (Sunday). It has been decided to hold “Tokyo Game Show 2020 Online” (abbreviation: TGS2020 ONLINE) on the official website for 5 days. At the same time, recruitment of exhibitors for TGS2020 ONLINE will start today from June 25.

For four days from Thursday, September 24th, various game-related companies and organizations, from major game makers to indies, provide information such as new titles and new services on official programs and programs and videos distributed by exhibitors, will be announced through. In addition, we plan to deliver e-sports competitions, and we will also send information about product sales from exhibitor pages. We plan to hold an online talk session where you can learn about the latest topics of the game organized by the organizer. All of these contents can be viewed for free.

Also, from September 23, we will hold an online business meeting for exhibitors and people involved in game-related businesses. The “Business Matching System” provided by TGS2020 ONLINE will facilitate web meetings and networking. In addition to exhibitors (free), people involved in game-related business can participate in online business talks individually (paid). We are planning to start recruiting participants in the middle of August.””

Additional information about TGS2020 ONLINE and other details will be announced on the official website and press releases as soon as it is decided.