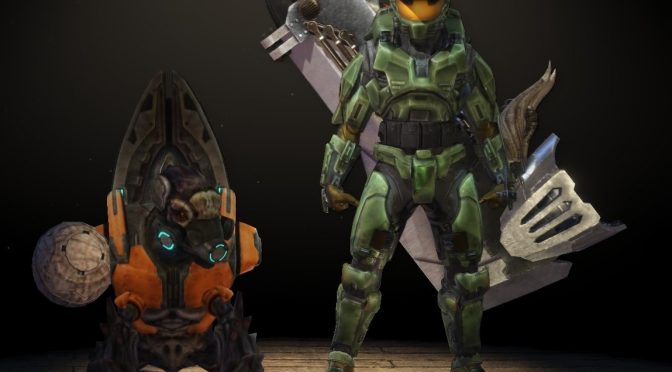 Now as you may have probably guessed, this is basically a 3D model replacement and nothing more. Not only that, but Masterchief’s model is a bit blurry (as it’s taken from the Anniversary Edition of the first Halo game). Don’t get me wrong, it’s cool but it would have been better if the modder could export the 3D model from a newer Halo game. It’s also worth noting that the mod also replaces the Mega Man palico armor with the body of a Grunt.

Unfortunately, this mod does not bring any of Masterchief’s weapons to Capcom’s title. To be honest, I wasn’t expecting to see any of Chief’s weapons included in this mod, however when Halo was first introduced Masterchief had a sword, so imagine if a modder could recreate this sword and add it to such a mod. Or how about replacing one of the weapons in Monster Hunter World with a melee weapon from the Covenants? Now that would have been amazing.