SuperData Arcade has shared its monthly report, stating that Fortnite has dipped month-over-month after a strong end to the year and that Counter-Strike: Global Offensive‘s high engagement levels aren’t translating into revenue gains.

Going into more details, Fortnite revenue on all platforms combined declined 48% month-over-month in January, although sales are still up significantly year-over-year. According to the report, this comes after a peak month in December and points to an increasingly lumpy revenue profile heading into 2019.

On the other hand, Counter Strike Global Offensive’s MAU grew 8% year-over-year in January after benefiting from the switch to a free-to-play model in November. However, digital revenue fell considerably compared to last January as new users showed lower conversion for in-game spending.

Furthermore, consumers spent $8.4 billion on digital games across all platforms in January, down 6% year-over-year. Premium PC had the biggest drop off of any platform with a 29% decline. Meanwhile, console revenue also decreased by 3% even including a favorable comparison from Fortnite due to tepid performance from top Premium Console franchises such as Grand Theft Auto, Call of Duty, FIFA and Overwatch.

Last but not least, here are the world’s most popular digital games across PC, console and mobile for January 2019. 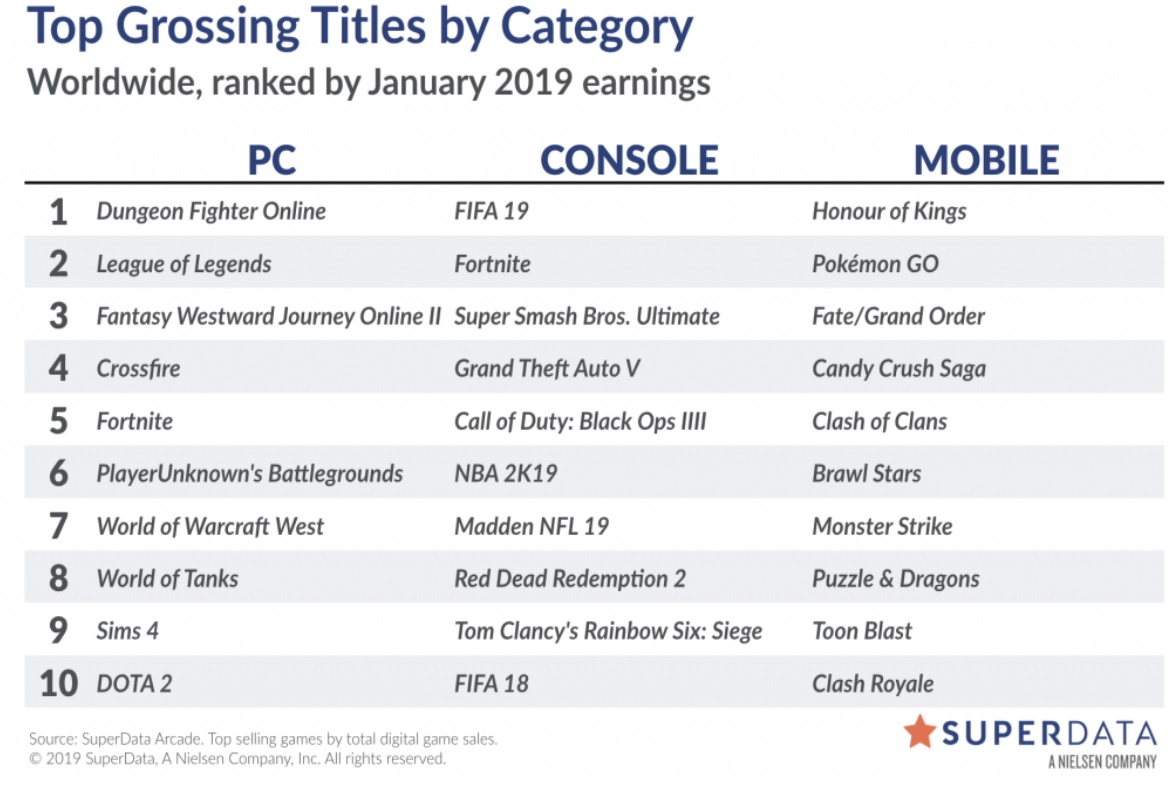