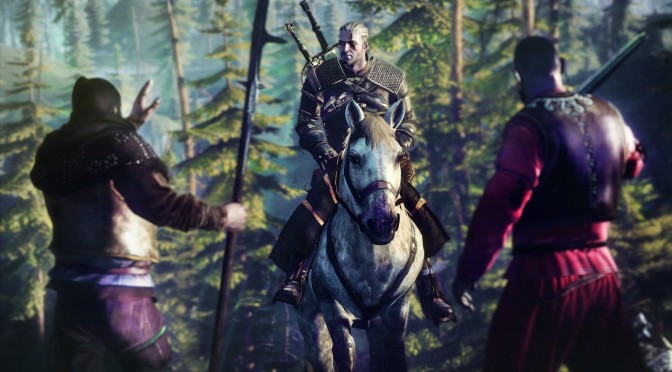 A couple of hours ago, CD Projekt RED unveiled the E3 2014 trailer for The Witcher 3: Wild Hunt. As usual, the Polish team has included a hidden message at the end of the trailer for its loyal fans, and below you can read the full transcript of it. According to CDPR, The Witcher 3 will let players swim and sail, as well as explore the underwater world – that is said to be huge and rich.

Here is the transcript:

We’ve missed you!
Today you got a look at the third trailer for The Witcher 3: Wild Hunt. We hope you liked it!
There’s so much more in this game that is’s just impossible to show everything withing two and a half minutes. Still we tried 🙂
More importantly we just showed you some of the main characters
Geralt’s close friends and some of the last witchers remaining in the world – Vesemir, Eskel and Lambert – will play a big part in the game, as well their famous fortress Kaer Morhen.
You also got a glimpse of the —ned bard Dandelion and the sorceress Triss Merigold.
Emhyr var Emreis, Emperor of Nilfgaard, the most powerful man in the world of The Witcher also made an appearance. Recognize his voice?
And then there was Ciri!
And Yennefer!
By the way, if you’re new to the series, don’t worry, the game will introduce you into all you need to know, and you’ll start loving (and hating!) characters in no time!
Also, you’ve been asking us many questions about gameplay features and we’re finally ready to answer some of them – so here it goes:
-Yes, you will be able to fight while on horseback
-The crossbow. Yup, Geralt can use ranged weapon. Because sometimes monsters fly and you can’t reach them.
-Remember swimming and sailing. You’ll be able to dive and search for a lot of hidden stuff too. There’s a whole underwater world to discover.
-Horse racing anyone?
You also got to hear more music from the game. This particular track was composed by Marcin Przyby?owicz & Percival. We’d love to hear your feedback. Fire away in the comments or on the game’s Facebook/Twitter/forums. Remember, we’re always listening, even if we’re not getting back to you.
The Witcher 3: Wild Hunt Team
CD PROJEKT RED
PS. If you’re still waiting for more (you are, right?), please be patient. We’re just warming up.
PPS. Have you seen the Collector’s Edition video? What do you think about the figure?
PPPS. We’ve just announced a closed multiplayer beta of The Witcher Adventure Game ——– & let the GOG.com guys —— you.