Modder ‘FaramH’ has released a new version of his really cool mod for The Witcher 3, HD Tree LOD Billboards. As the title suggests, this mod improves the distant LODs for the game’s trees. The mod increases the resolution, adds shading through new normal maps and perforates (where appropriate) the tree LOD billboards.

As such, the distant trees can now appear more detailed and less like cardboard cutouts. In other words, this mod tries to bring the distant trees more in line with modern releases like Kingdom Come: Deliverance and Red Dead Redemption 2.

“I’ve taken the originals, doubled and even quadrupled the resolution using AI, added shading and added perforations so that they don’t look like cardboard cutouts of trees in the distance.”

The end result, while subtle, can be easily noticed under certain conditions. Therefore, we strongly suggest downloading this mod as it will enhance the visuals of the base game.

The latest version of the HD Tree LOD Billboards mod features normal maps with depth, light reaction and baked self-shadowing. Therefore, the distant trees now react to light, something that adds a lot of depth to the game.

You can download this new graphical mod for The Witcher 3 from here.

Lastly, the modder has shared the following comparison screenshots. 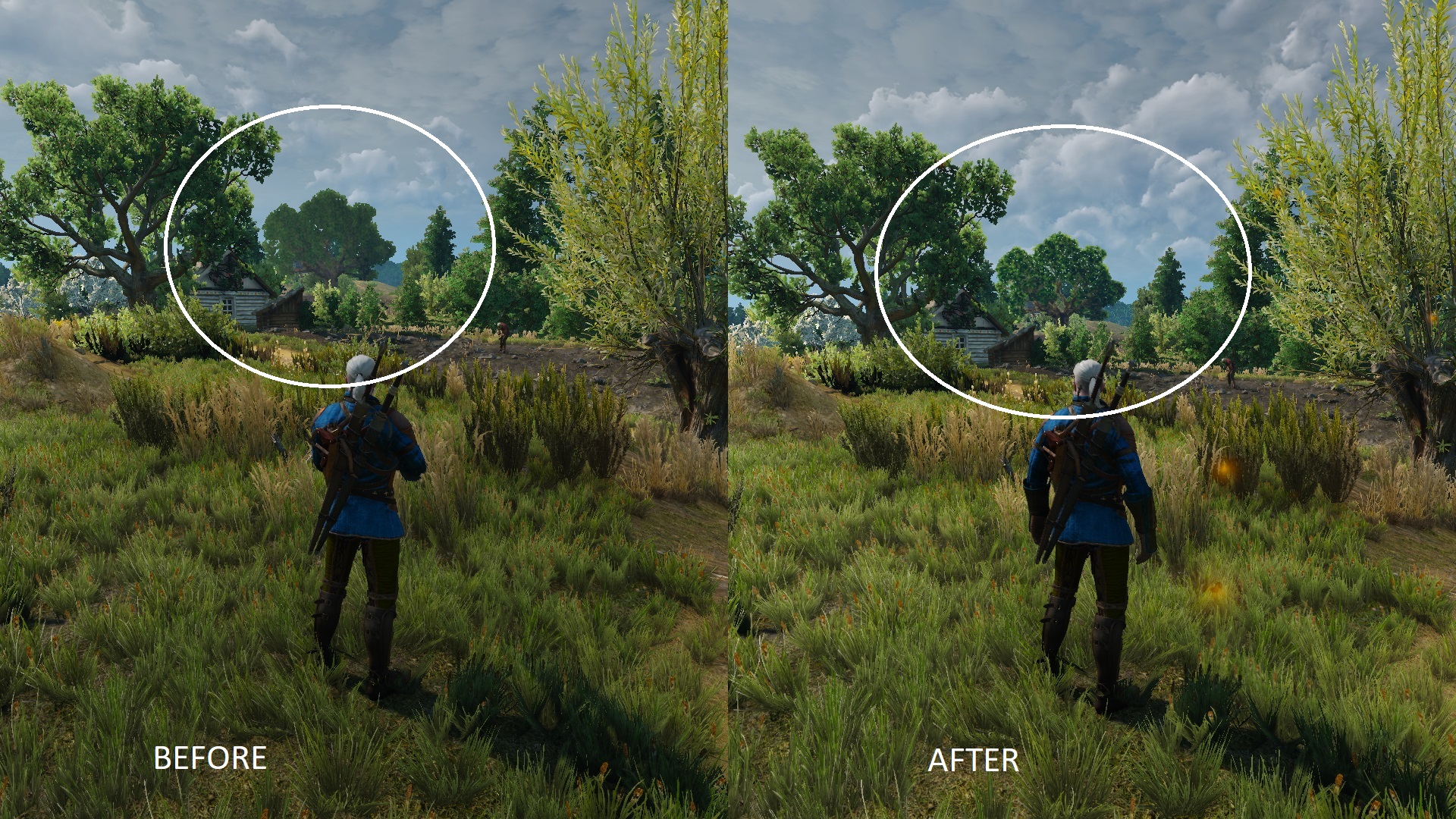