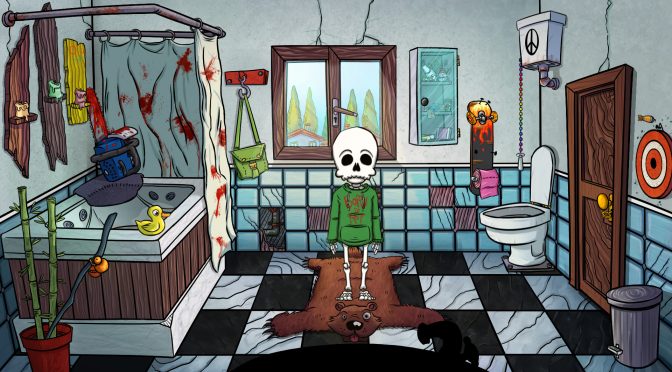 C.I.N.I.C. Games has informed us about its new upcoming title that releases tomorrow, The Wardrobe. The Wardrobe is a new 2D point & click adventure inspired by the great ‘90s classics such as ‘Monkey Island’, ‘Day of the Tentacle’, ‘Tony Tough’ and ‘Sam & Max: Hit the Road’.

The Wardrobe promises to feature more than 40 hand-illustrated and digitally colored locations, populated with more than 70 characters and enriched by dozens of puzzles.

The game will feature four types of actions for each hotspot (Look, Pick up, Use, and Talk) and dialogues with multiple choices (and full of funny answers to try).

In The Wardrobe, players will take the role of Skinny; a teen-skeleton with an impertinent attitude and a sparkling wit, willing to do anything to save his best friend’s soul from eternal damnation.

The Wardrobe will also feature dozens of clever puzzles and many inventory objects to collect.