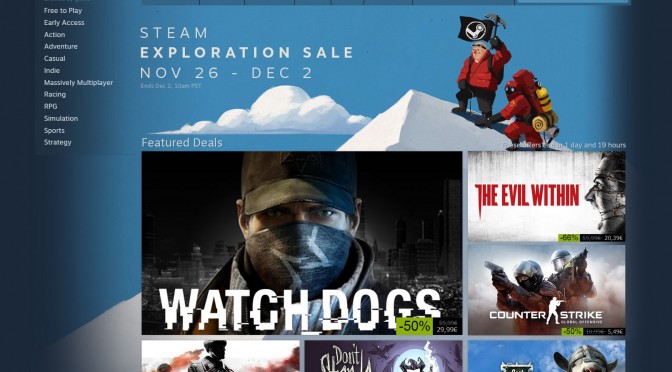 Aaaaand we are a bit late to the party. As we’ve already informed you, Steam’s Autumn Sale was launched today (under the title of Steam Exploration Sale). This means that for the next six days, PC gamers will be able to take advantage of huge savings throughout the Steam store on thousands of titles.

As with GOG’s special Fall Sale, we’ll be only covering this first day of Steam’s Autumn Sale.

So, today Lords of the Fallen and The Vanishing of Ethan Carter come with a 40% discount, while Watch_Dogs, Counter-Strike: Global Offensive, Goat Simulator and The Long Dark come with a 50% discount.

In addition, 5648 titles are on sale across Steam. That’s a pretty huge number, so yeah; say goodbye to your Summer savings. 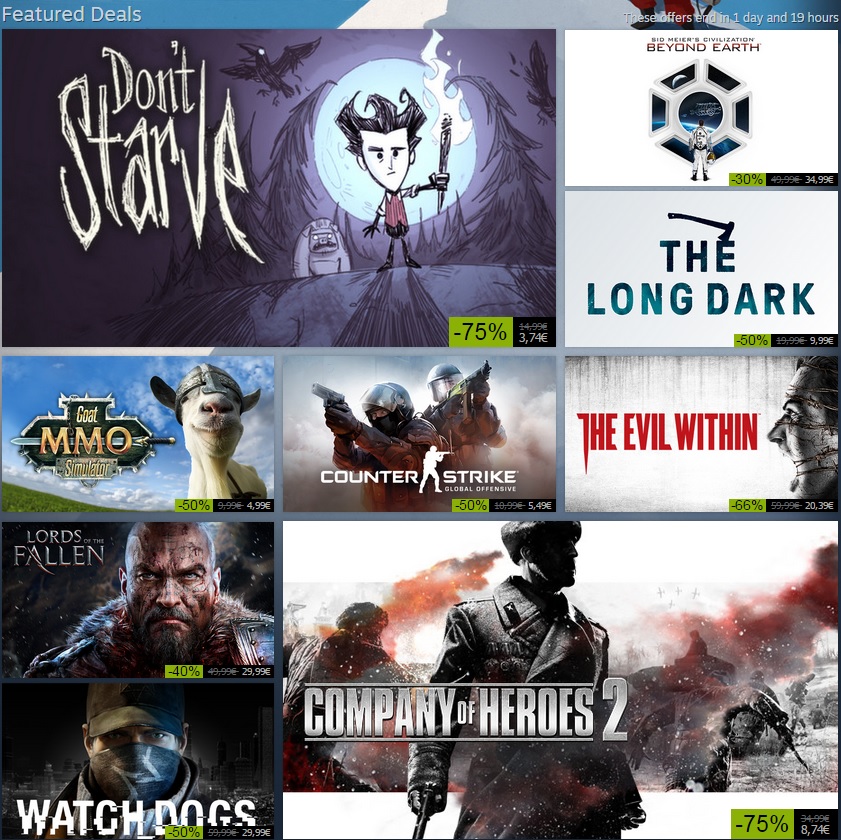 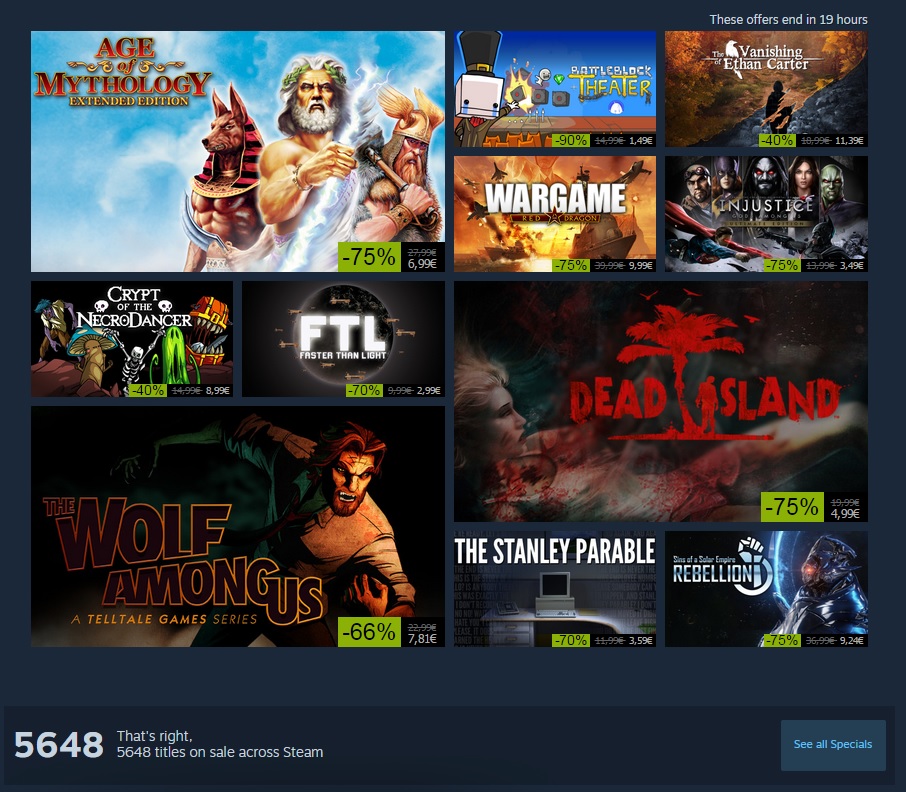 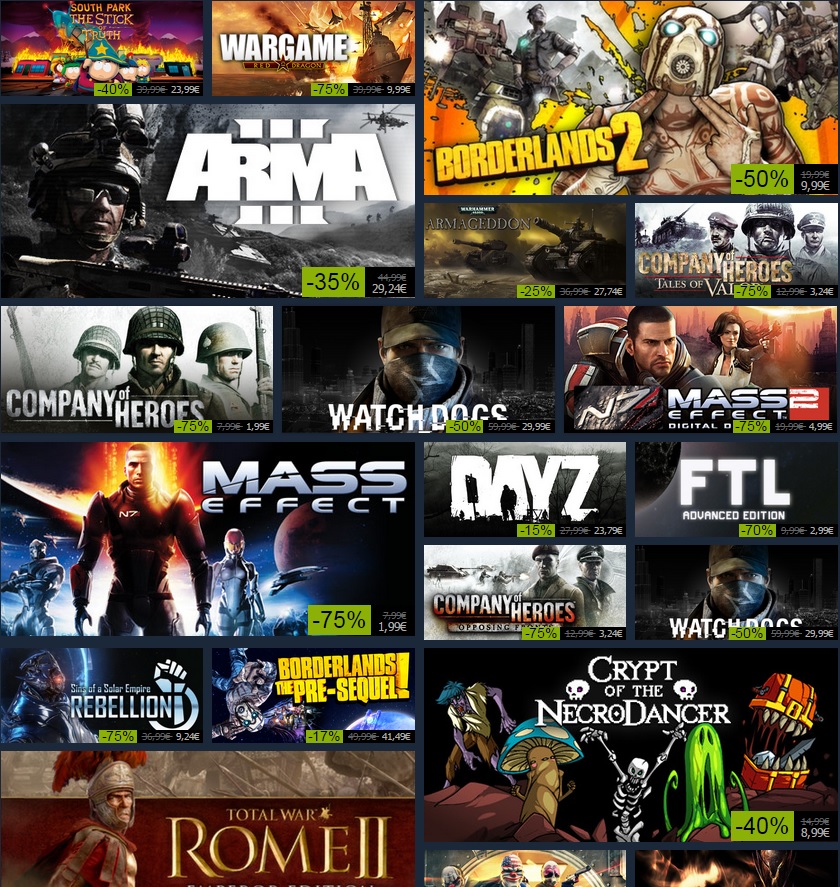