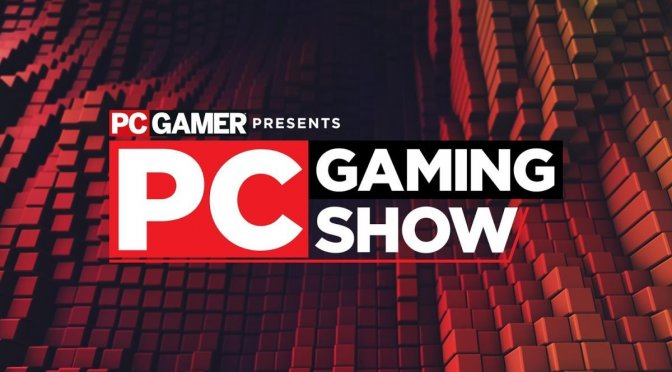 “PC Gamer” officially made an announcement that their upcoming online event, the “PC Gaming Show”, has been postponed  until June 13th. This Gaming related show was originally scheduled to take place on Saturday, June 6th as part of IGN’s “Summer of Gaming” event. But PC Gamer has decided to postpone this upcoming event as a show of support for the ongoing protests going in the United States over the “Black Lives Matter” movement.

This message makes it clear as to what PC Gamer’s stance is on this issue, “Right now, we want to make space for those speaking out and demonstrating about how to end the systemic oppression and police brutality experienced by black people”.

Apart from this event, the GamesRadar’s Future Games Show and the Guerrilla Collective are also being moved to a later date this month of June. Few other Game developers and companies who have shown support include Infinity Ward, Epic Games, Rockstar Games, CD Projekt RED, and IGN.

The “PC Gaming Show” should be worth the wait though, having an E3 type of atmosphere in my opinion.  We can expect some new gameplay footage, fresh announcements and news from game developers.

The combined efforts of the Future Games Show and the Guerrilla Collective will make this event even more exciting to some extent. The “PC Gaming Show” will now take place on Saturday, June 13, 2020. 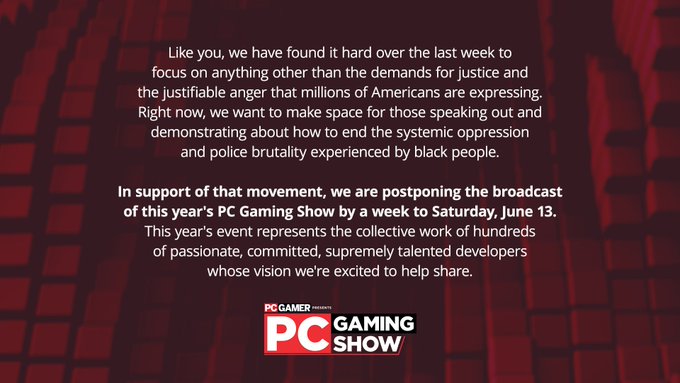