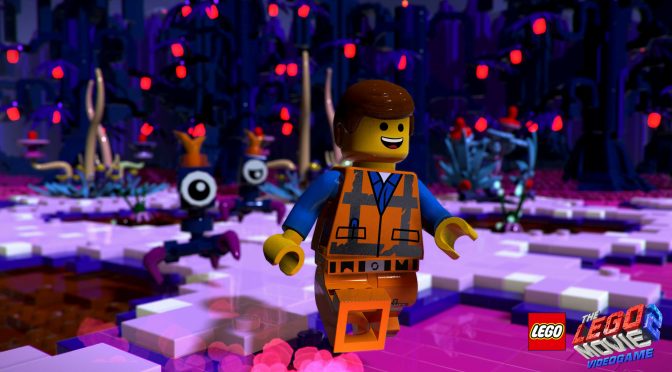 Based on events from The LEGO Movie 2: The Second Part, alien invaders have left Bricksburg in ruins! It is now up to Emmet, Lucy and a host of heroic characters to go beyond their world and save their friends from the strange inhabitants of the Systar System.

“Packed with fan-favourite and exciting new characters, mysterious locations and action from both the sequel and the original blockbuster The LEGO Movie, The LEGO® Movie 2 Videogame is a wild adventure for kids to explore.”

“Players must scour the stars for rare items, materials and tools to complete their collections and help their journey across the LEGO® universe, experiencing a wide array of amazing environments, wacky vehicles and incredible creatures along the way.” “The LEGO® Movie 2 Videogame is a one-of-a-kind experience full of fantastic characters and open-world adventures with a strong emphasis on creative solutions to puzzles and building within the film’s universe.”