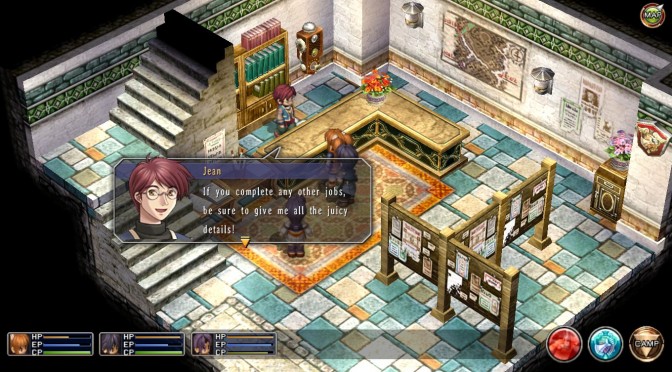 Here are the key features of the game’s Steam version:

*The original version of the first chapter in this historical series, featuring strategic turn-based combat with unmatched customization.
*Over 50 hours of gameplay on average, with countless side-quests, collectibles and secrets to encourage replay.
*A vast world where every NPC has a name and personality, every town has its own unique politics and economic concerns, and no detail is ever trivial.
*Support for a wide variety of fullscreen and widescreen resolutions, including true 1080p HD.
*Fully adjustable controls supporting virtually any USB gamepad, as well as a standard keyboard and mouse setup.
*Over two dozen unique Steam Achievements, Steam Cloud support and Steam Trading Cards featuring gorgeous anime-style art from the franchise’s original artists.
*Numerous updates previously seen only in the handheld version, including:
– Selectable difficulty level and new game+ features on subsequent playthroughs
– Full voice-acting during combat
– “Retry Offset” feature to lower the difficulty of battle with each attempt if desired

The Legend of Heroes: Trails in the Sky - Pc trailer