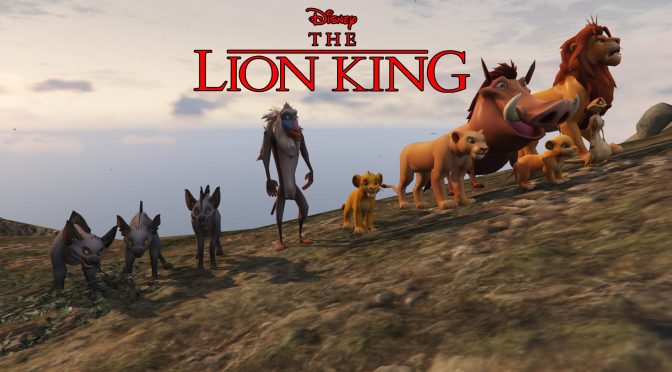 Now this. This is why we love mods, and this is why mods should be essential in pretty much all games. Modder ‘MrMarco1003’ has released a Character Pack for Grand Theft Auto V that brings the entire cast of The Lion King to Rockstar’s open-world title.

And let us tell that it is glorious. I mean, can you imagine Rafiki picking up a gun and firing? Or Timon stealing a car? This is GOLD material right there.

According to its description, these models were ripped from Kingdom Hearts II. As such, Disney or Square Enix may attempt to take this mod down.

We strongly suggest downloading now, while you still can. Those interested can download the mod from here.