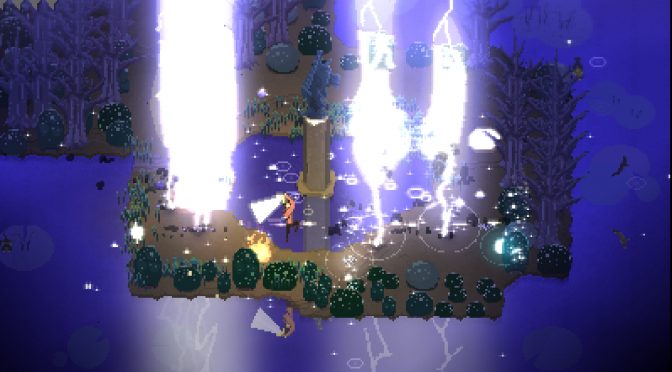 One-man development studio Wizard Fu and publisher Double Eleven announced Songbringer, a procedurally generated action RPG set in a 13,000 B.C. Milky Way, coming to Steam this Summer. In order to celebrate this announcement, Wizard Fu has also released the debut trailer for Songbringer that can be viewed below.

Songbringer promises to feature a rich, immersive storyline and a fantastical sci-fi universe littered with secrets, that will introduce the unique concept of hidden realms. As Roq, players will learn to utilise the powers of the rare cacti they will find in the world to see things that aren’t there, such as doors, items and other loot that can help them on their journey.

The game will feature several unique weapons to choose from, including the epic and humming nanosword, the boomerang-like top hat, the ghost sword projectile, and plenty of bombs.