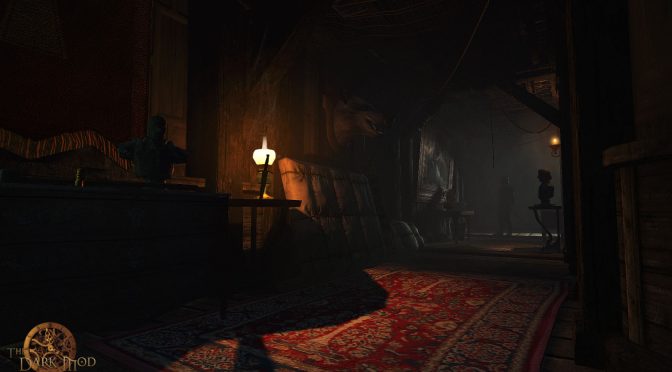 Team Dark Mod has released a brand new version of its Thief-inspired game, The Dark Mod. In case you weren’t aware of, The Dark Mod started as a THIEF mod for Doom 3 but has become a free standalone game.

The Dark Mod version 2.06 introduces a Soft Shadows option that  removes the sharp edges of TDM shadows. Now while this has a huge impact on the visuals of TDM missions, it is currently labelled “Experimental” in the menu as the team has had reports of issues on certain hardware.

As the team has noted, the current Soft Shadows method has some rendering bugs (flickering artifacts on noSelfShadows objects) for some hardware vendors (Nvidia is the main one) when Frame Buffer Objects are not used (r_useFBO 0). For this reason the r_nvidiaOverride cvar forces r_useFBO on when Soft Shadows are enabled and the hardware vendor is Nvidia. Do note, however, that enabling r_useFBO completely disables MSAA. As such, players will have to either use DSR, increase their in-game resolution, or use in-game resolution scaling via r_useFBO 1 and GUI AA settings.

This latest version also comes with experimental multi-core support, via patches from Cabalistic’s VR branch. While this can cause performance enhancements, it is currently in “Experimental” form as some users may experience random crashes with this option enabled. Uncapped FPS is also now an option for users after this update.

Those interested can download this free standalone THIEF game from here, and you can find its complete changelog here.