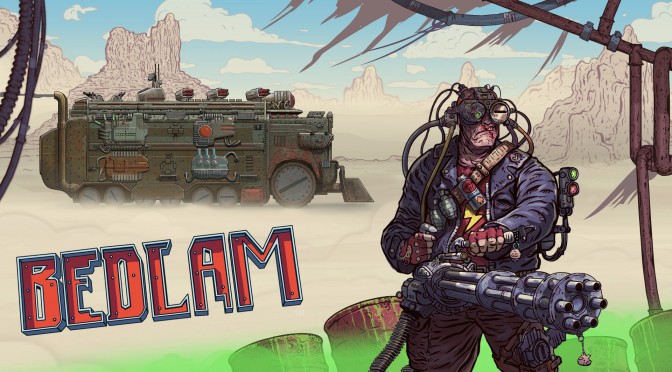 “Stoic is excited to support BEDLAM with our engine and eager to see what Skyshine Games can do with it. We love the concept of the game and are happy that some of the ground that we broke with The Banner Saga is now going to contribute to another great project.”

“The Banner Saga Engine and Tools have allowed us to hit the ground running, giving us a lot of flexibility in realizing the unique vision for our own game. Stoic has been an enormous support for us with BEDLAM and as a fellow independent developer, they have provided us with invaluable knowledge gained from their own successful experience. Skyshine Games could not have asked for a better partnership and we hope it continues for a very long time.”

The Banner Saga, which recently had a price move to $19.99, is currently in the final stages of development for release on mobile later this month.

Bedlam, which kicked off its Kickstarter campaign today, is scheduled for release in 2015.