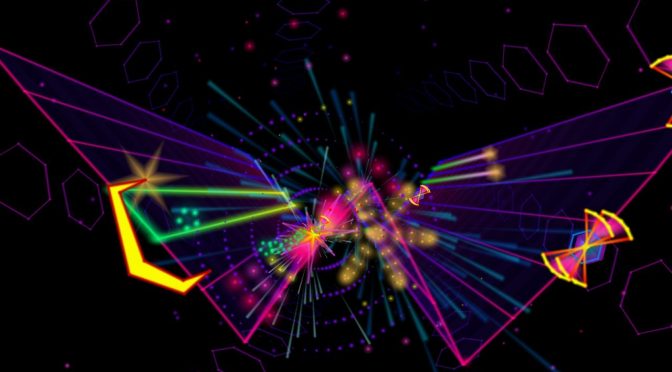 The original Tempest, one of the first video games to use 3D vector graphics, represents one of Atari’s hallmark titles and is considered one of the most popular arcade games of all time. It has been featured prominently across pop culture – including in Ernest Cline’s dystopian Ready Player One novel.

“At the end of the day, video gamers always win. I am very happy to work with Atari again to bring a long-awaited sequel of Tempest to our legion of fans and a new generation of gamers worldwide.”

Just as in the original game, players are once again in control of the Claw, a powerful spacecraft equipped to destroy deadly creatures and other obstructions with rapid-fire shots on vibrant geometric prisms. With three game modes to choose from and 100 levels to conquer, players must eliminate all enemies as quickly as possible to survive, aiming for the coveted spot at the top of the leaderboards.

Here are the key features of Tempest 4000:

“The original Tempest is a beloved arcade classic with a unique style and intense, edge-of-your-seat gameplay. We’re thrilled to be able to work with Jeff Minter again, someone who is a legend in the industry and has made a huge impact on the history of video games, to develop this highly-anticipated next installment of the Tempest franchise, updated with today’s technology.”