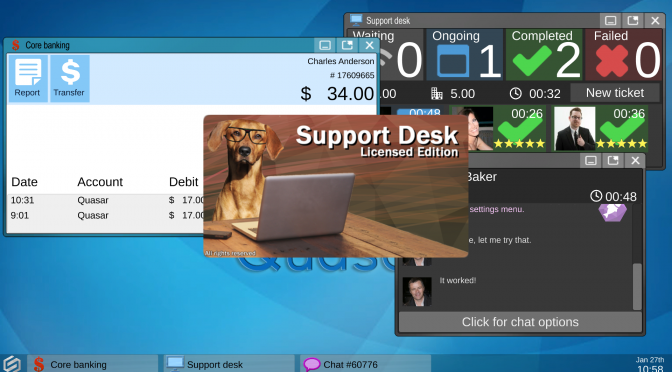 Dragon Slumber has announced that Tech Support: Error Unknown is launching on Steam in Q4 2018. In order to celebrate, the company released a teaser trailer that you can view below.

In this game, players assume the position of a leading Tech Support specialist tasked with resolving various customer issues. Players will hack their system to unlock its potential, GPS track lost phones, scan profiles to blackmail customers, or even suggest a reboot if there’s no other solution.

“I wanted to create something relatable to current events and everyday life. Coming from a technical background as a web developer, a Tech Support simulator seemed like a natural fit for my next game, being drawn by the desire to present the realities of such a job while empowering players, including adding elements of hacking as part of the gameplay experience. Cyber attacks are becoming more commonplace in today’s world; whether you’re a teenager with a laptop or a big bank with maximum security servers, no one is truly immune to getting hacked.”