The fifth day of Steam’s Summer Sale is a go and PC gamers can get Star Wars: The Old Republic, Age of Empires III, Dear Esther and Metro 2033 with a 75% discount. In addition, those interested can get the entire Assassin’s Creed franchise and id Software’s RAGE with a 66% discount. Naturally, there are also the Community Choices, as well as various other offers so be sure to check Steam’s main page. Enjoy! 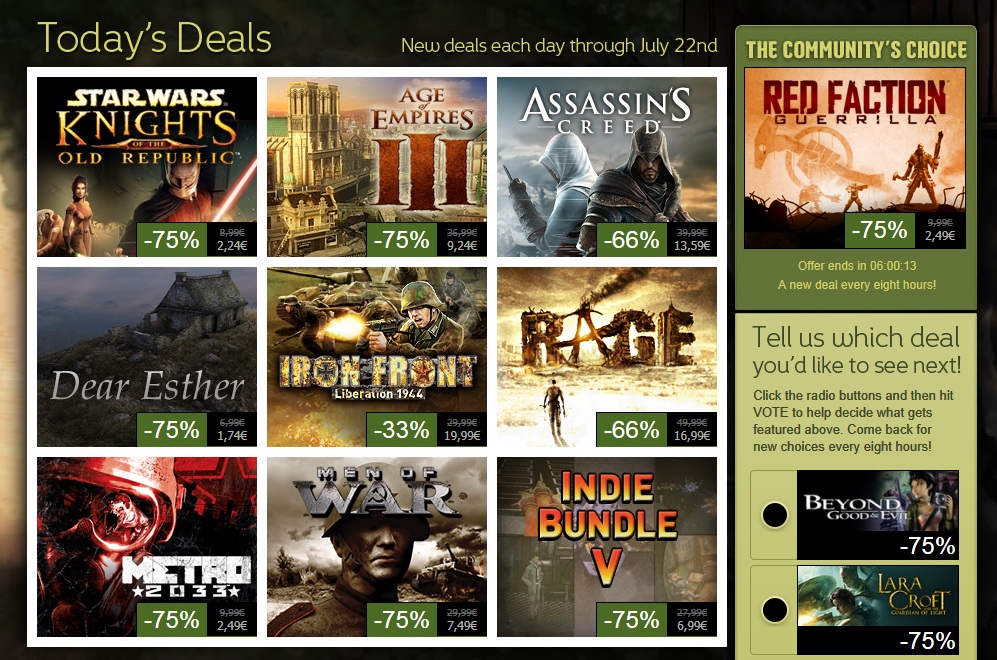