Today, Steam set a new record for concurrent users. As we can see, there were 14,370,167 Steam users online a couple of hours ago. And to be honest, it took Steam a while to reach that milestone. After all, back in November 2015, we reported Steam reaching 13 million Steam users online simultaneously.

In other words, it took Steam more than a year to hit 14 million Steam users being online at the same time, something that did not happen even during Steam’s Winter Sale 2016 event. 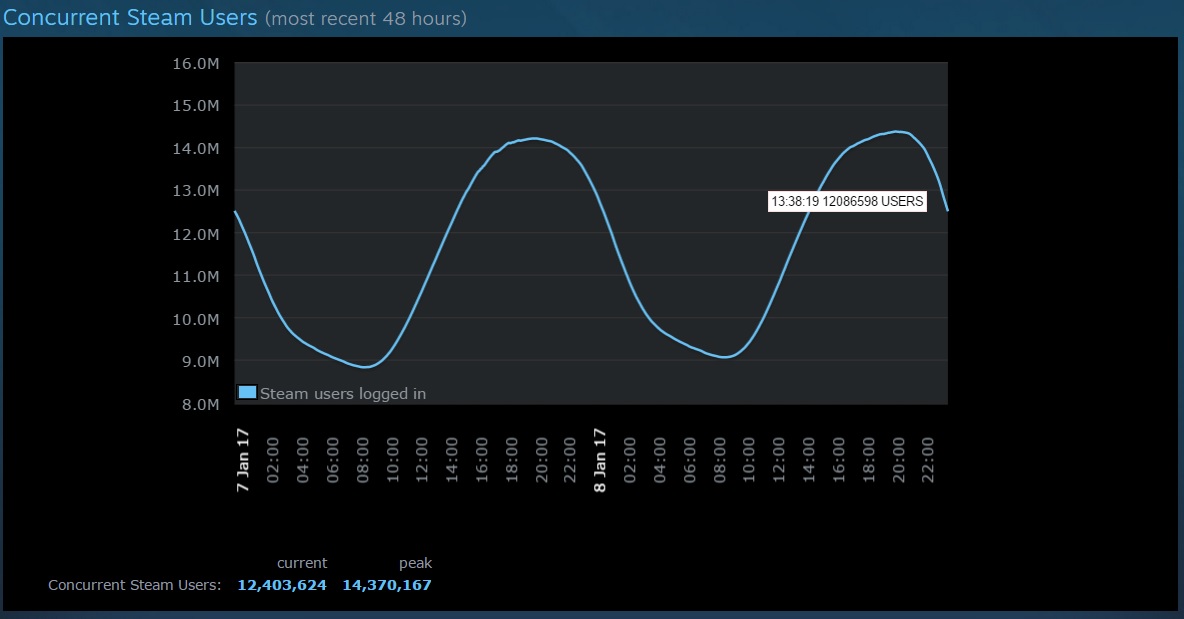 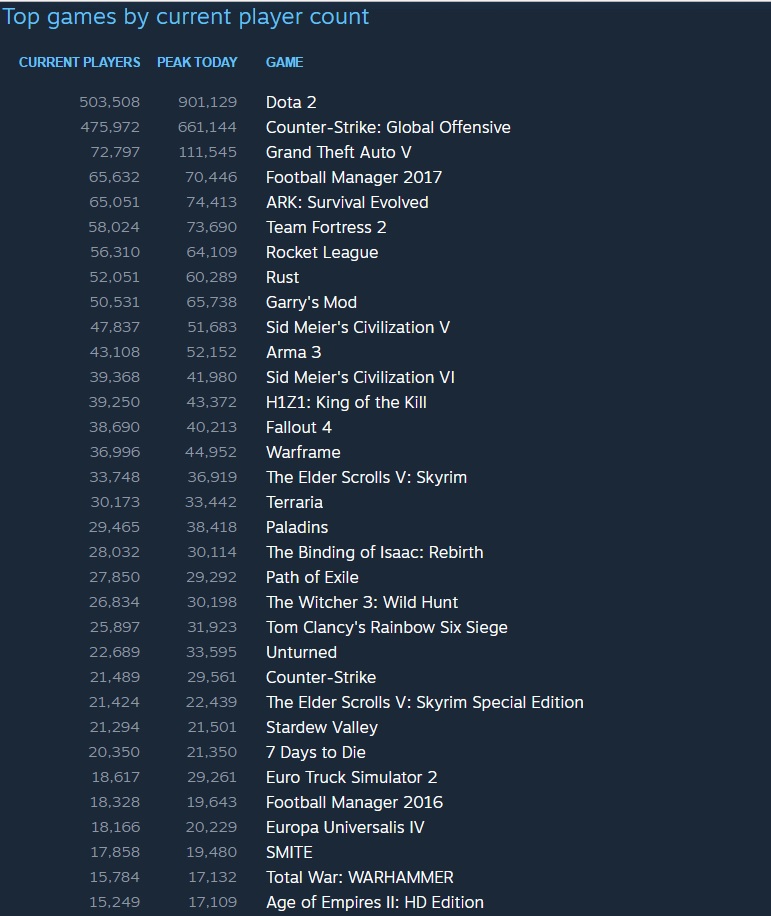