And it was to be expected. Thanks to Steam’s Steam Monster Summer Sale, Valve’s distribution service has managed to hit a new record for concurrent users. As we can see, over 10 million Steam users were online simultaneously today.

According to Steam’s graphs, DOTA 2 was the most played game today as it peaked at almost 850K gamers. Counter-Strike: Global Offensive comes second and in the third place we find GTA V (according to the peak numbers, not the current ones) and in the fourth place we find the recently released dino survival title, ARK: Survival Evolved. Despite its performance issues, this game has managed to 80K gamers, surpassing other games like The Witcher 3, Skyrim and Team Fortress 2. 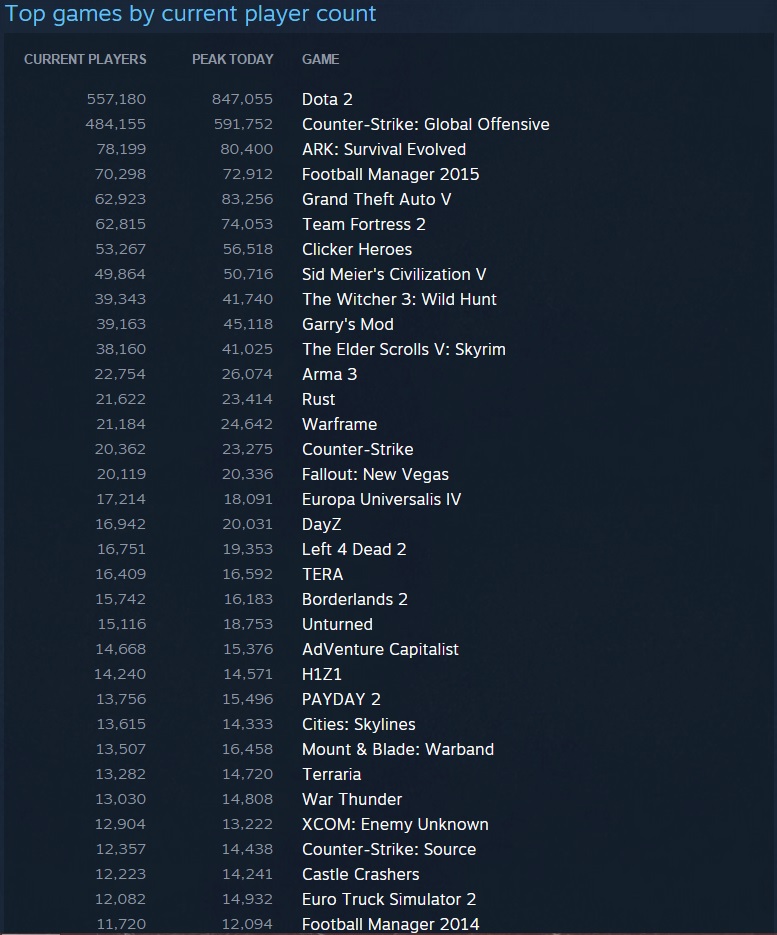