Bad news for everyone as the Steam forums have been hacked. Not only that, but some encrypted credit card information and user passwords have been compromised. That is according to Gabe Newell himself, as a few minutes ago he informed us about Steam’s breach. In other words guys, change your passwords and watch your credit cards activity.

As of right now, there hasn’t been any evidence of credit misuse or that the encrypted credit card numbers or personally identifying information were taken by the intruders. 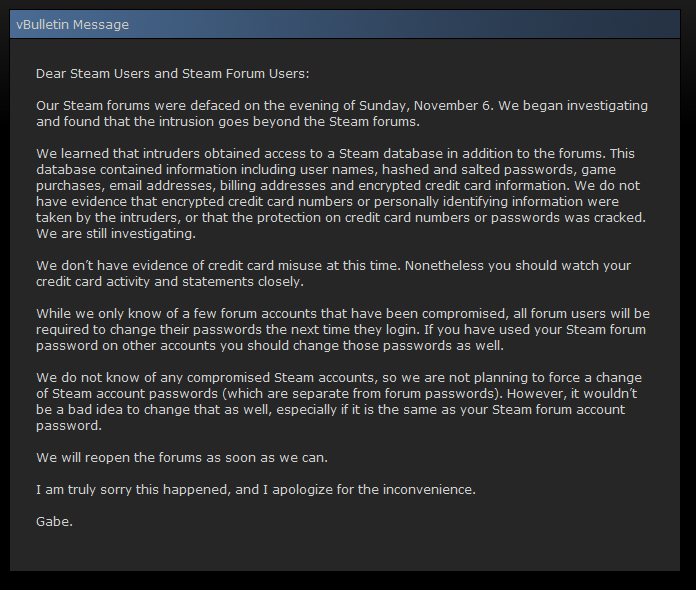