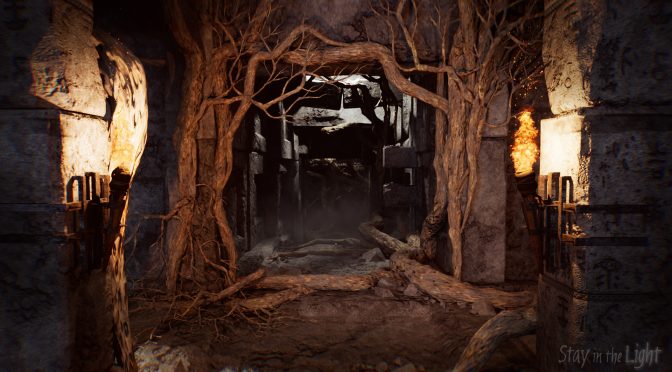 Sunside Games has released an immersive first person horror game, Stay in the Light, that uses a combination of unique features: Real-time Ray Tracing and random dungeon generator. Using the latest version of Unreal Engine 4, the game makes use of ray traced reflections and shadows for gameplay that could only be done with this new technology.

According to the developers, Stay in the Light takes advantage of RTX rendering technology and can only be done in a real-time ray traced environment. The mirror reflects things behind you with pixel perfect accuracy. Light and shadows are key elements of gameplay. This game uses cutting edge rendering techniques to create completely new gameplay experiences as well as showing off the hardware capability of RTX cards.

On the other hand, dungeon levels are generated randomly for maximum replayability and the game includes the ability for you to generate your own random level, see the generation process in action, and then pick the level you want to play.

Stay in the Light is currently available in Steam Early Access and its current version features 6 dungeon levels and basic gameplay, as well as the ability for players to generate their own levels with a button press. The game will stay in Early Access for around 6-8 months.

Last bot not least, the game requires a 1060, 1070 or 1080 GTX graphics card to play in the low resolution, minimum spec mode, and an RTX GPU is preferred for the full resolution experience.