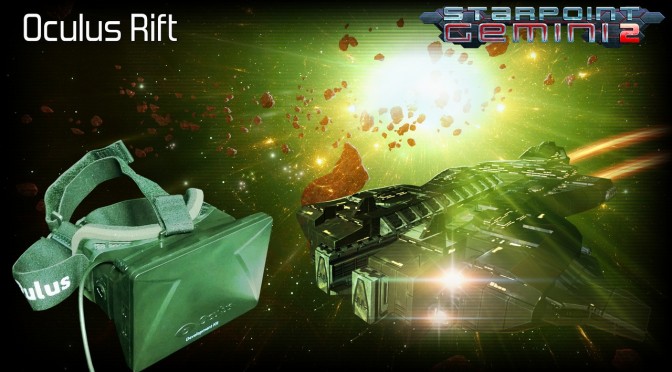 “Even from our short time spent with Oculus Rift, we’re certain it’s a breakthrough in the making, bringing a whole new perspective on games in general. We’re thrilled for the ability to become a part of the VR revolution early on and can’t wait to see what we can do with it and what other developers will think of too.”

The sequel to Starpoint Gemini 1, Starpoint Gemini 2 is described as a unique space-simulation with role-playing elements that thrusts gamers into a fractious galactic space environment replete with 50 factions, dangerous wormholes, rift ways to speed travel, and a dynamic real-time 3D combat system.