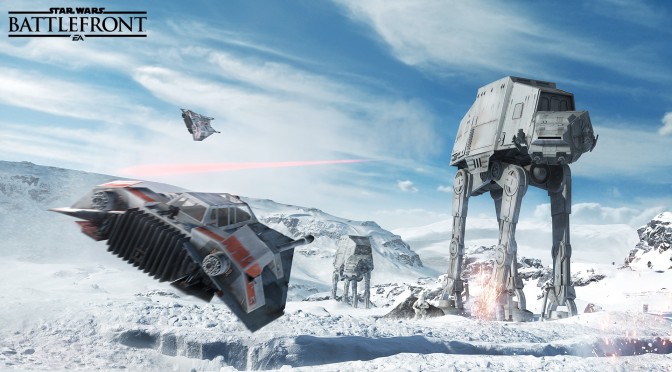 DICE announced today that it will show gameplay footage from Star Wars Battlefront at this year’s E3 event. Naturally, we expect DICE to show Star Wars Battlefront during one – or several – of E3’s press conferences, so it will be interesting to see whether the game’s reveal trailer is close to the actual gameplay.

As always, E3 gameplay demos may not indicate the quality of the final products, so don’t get overexcited about it. We’ve seen this happening with Watch_Dogs and The Witcher 3 seems to be the next victim of this whole “E3 gameplay demos”.

Still, there are only mere months before Star Wars Battlefront gets out, so this could very well be a polished and ‘proper’ gameplay demo.

In addition, DICE revealed that the game will feature a number of new game modes.

“We have created new game modes and made new maps to cater to their specific experience. You could see a tiny snippet of this in our trailer where you saw the Fighter Squadron mode, where you engage in huge Starfighter battles over canyons big enough to be truly epic. Then, for those not in the mood for large scale battles, we have created Missions where players can, for example, take on armies of AI or test their piloting skills. All our Missions can be played either alone or cooperatively, making them perfect for some quick Star Wars action when you have a friend over.”