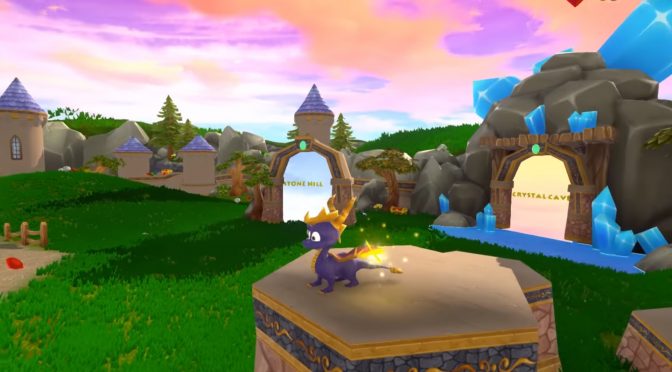 Spyro: The Dragon fans, get ready for some good and some bad news. Valefor has been working on a Spyro Unreal Engine 4 project these past five months, and released some screenshots from it. This fan project recreates Spyro’s Artisans Revisited environment in Epic’s engine. Not only that, but it appears that Spyro is fully playable in this fan game.

In order to avoid any legal issues, Valefor has not released this Spyro Unreal Engine 4 project to the public. And this sucks as we’d love to play such a fan remake, even if it features a single map. Still, along these latest screenshots, Valefor released a video from the game’s final version. As such, these will give you an idea of what a remastered version of this classic 3D platformer would look like in a modern engine.

This isn’t the first Spyro remake in Unreal Engine 4. Back in September, we informed you about Blackcatgame Studios’ Spyro Unreal Engine 4 fan project. Contrary to Valefor’s work, though, that project was simply inspired by the classic 3D platformer. As such, there are visual differences between that remake and the original game. Valefor’s work, on the other hand, looks as close to the original game as possible.

Enjoy the screenshots and trailer and here is hoping that Valefor will change his mind and release this fan project to the public!