City Interactive has zeroed in an August 21, 2012 launch date for the release of Sniper: Ghost Warrior 2. The sequel to the multi-million unit selling first-person shooter (FPS) for PS3, X360 and PC uses the advanced CryENGINE 3 game engine to produce the most authentic sniping experience to date in a video game. Or at least that’s what the company claims.

According to its press release, Sniper: Ghost Warrior 2 is the only multi-platform FPS modern shooter exclusively designed around the sniper experience and, thanks to the advance capabilities of the CryENGINE3, delivers graphically stunning environments, more diverse sniper challenges, a rebuilt AI system and the “one shot; one kill” precision that made the original a worldwide hit. With unprecedented levels of realism in weaponry, ballistics and environmental factors, Sniper: Ghost Warrior 2 offers the ultimate test of lethality for sniper fans. 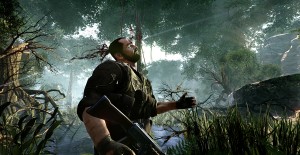