Great news for Sleeping Dogs fans as United Front Games announced some specific PC features for it. According to the company, Sleeping Dogs PC will come with graphical enhancements, hardware optimisations, the latest AMD and Nvidia features supported, as well as higher resolution textures.

As the company described, the high-resolution texture pack updates the game to a new level, bringing eye-watering detail and crisp clear rendering to everything from city skyscrapers to crumbling ancient temples. Another layer of depth is added at higher resolutions, using increased small object detail to render items from a far greater distance with an incredible sense of scale and detail.

Moreover, the company stated that the game will take full advantage of quad-cores. Not only that, but there will be a Benchmark Mode, Keyboard and Mouse Support including Key Remapping, as well as a number of PC exclusive graphical features that can be viewed below.

Here are the system requirements and the PC graphical features: 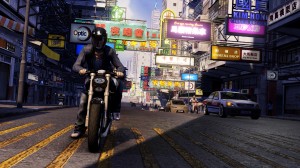