Devolver Digital has released two new screenshots from Shadow Warrior’s remake. In addition, Rev3Games has posted an E3 video preview for Flying Wild Hog’s upcoming title that features the first gameplay footage from it. Shadow Warrior promises to stay true to its old-school roots, though Flying Wild Hog is trying this time around to make the player’s sword a big part of the game. Shadow Warrior will have an expanded story, and it will feature some giant bosses (in the scale of those found in the Shadow of the Colossus). Enjoy! 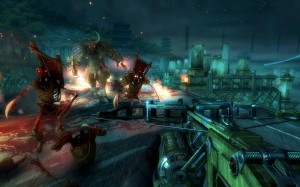 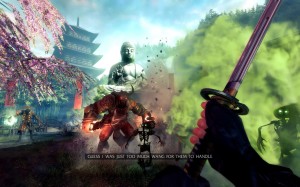