Great news for all King of Fighters XIII fans as it seems that the PC version of SNK Playmore’s title will be announced really soon. Similarly to Mortal Kombat’s unofficial reveal, Steam’s stats indicate that a number of PC gamers (probably testers) are currently enjoying or beta testing this new fighting game. As we can clearly see in the following graph, the game’s beta testing started on June 3rd.

Kudos to our reader ‘Gianluca Manocchio’ for spotting it and informing us.

Those interested can check KoF’s Steam stats here (you must be logged into Steam to check the stats). 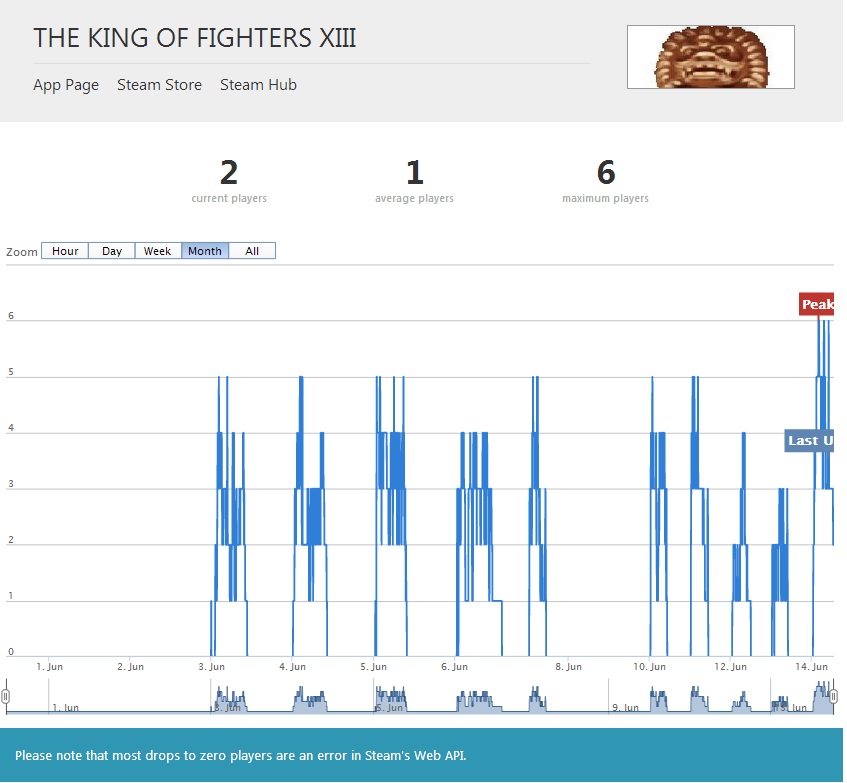