Flying Wild Hog and Devolver Digitalhave announced Shadow Warrior 2, a striking follow-up to the global best-selling first-person shooter Shadow Warrior for PC and current-gen consoles. Shadow Warrior 2 marks the triumphant return of Lo Wang and his trademark use of blades, bullets, and a sharp tongue to strike down the demonic hordes.

“The incredible reception of Shadow Warrior from both longtime fans and gamers new to the series was overwhelming. Shadow Warrior 2 will expand on and improve every element that made the original so unique and strike a balance between classic FPS action and modern design.”

“Now surviving as a reclusive mercenary on the edge of a corrupted world, the formidable warrior must again wield a devastating combination of guns, blades, magic and wit to strike down the demonic legions overwhelming the world. Battle alongside allies online in four-player co-op or go it alone in spectacular procedurally-generated landscapes to complete daring missions and collect powerful new weapons, armor, and arcane relics of legend.”

“While the game is bursting with stunning visuals and exquisite combat, it’s the near constant barrage of Wang jokes that is going to move product. The kids love thinly veiled dick jokes. Love ‘em.” 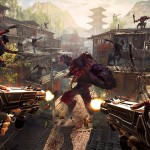 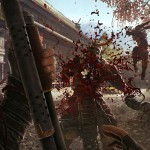 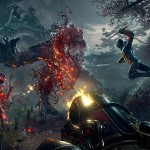 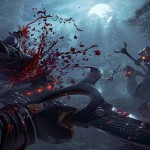 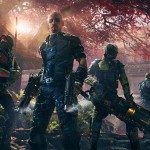