Serious Sam fans, get ready for some crazy split-screen mayhem as Croteam has confirmed that Serious Sam 3: BFE will ship on the PC with four-player split screen campaign cooperative and multiplayer versus modes. This basically means that players can use a mouse and keyboard in combination with up to three game pads on a PC to battle together through the twelve levels of mayhem and go head-to-head in Deathmatch, Capture the Flag, Survival, Beast Hunt and other multiplayer modes in Serious Sam 3: BFE.

As we reported yesterday, Devolver will announce the game’s specific date soon, so stay tuned for more! 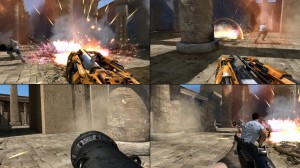 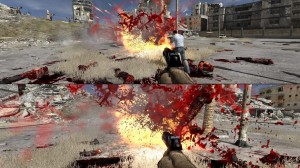