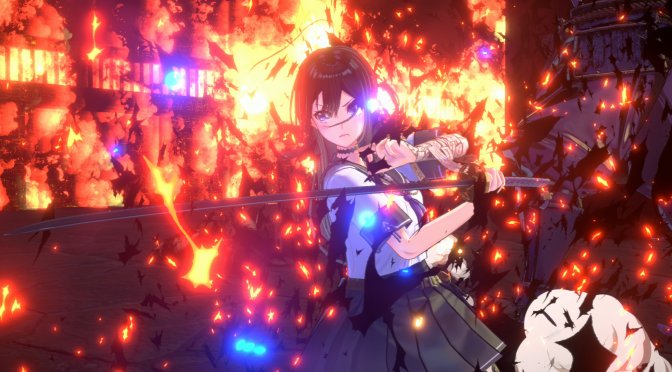 D3Publisher has announced a new female-led sword-fighting action game, called SAMURAI MAIDEN. SAMURAI MAIDEN will be coming to PC this Winter, and below you can find its debut gameplay trailer.

SAMURAI MAIDEN follows the story of a high school student (Tsumugi) who falls asleep after a boring day of history lessons, waking alongside historical figure, Nobunaga Oda, known as the first great unifier in Japan.

In this game, players can look forward to slaughtering mobs of undead enemies with Tsumugi’s powerful swordsmanship. Moreover, Tsumugi will encounter three friendly ninjas at the Honnoji Temple, known as The Gokage, who will help her.

Players will be able to use the “Gokage System,” which allows a rapid combination of Tsumugi’s sword style and The Gokage’s powerful ninjutsu. Additionally, the group has unlockable special abilities. When Tsumugi and The Gokage’s spirits are heightened they can unlock these abilities by locking lips. However, they will need to build trust in each other before these special unified abilities can be unleashed in battle.