S.T.A.L.K.E.R.: Call of Pripyat MISERY is a mod that promises to overhaul GSC’s first-person shooter. This mod comes with custom textures, a weather system, new sound effects, new difficulty settings, improved AI, reskinned weapons, new items and interface, as well as new menus and loading screens. In other words, this mod is touching and tweaking almost every aspect of the game. MISERY is almost completed (currently at 93% of development) and the team behind it released a huge features list that – part of it – can be viewed after the jump.

Now honestly, the full features list is HUGE and can be viewed here. At the end of this post you can also find some screenshots from this upcoming mod. Enjoy!

-NPCs turn to Zombies if not safely hidden during emmissions.
-Actor belong to “Ukrainian Special Services (USS)” and not “Free Stalkers”
-Actor feels more alive with various tweaks of sound, movement and general interaction during firefights.
-New entry (starting) gear based on your choice of USS specialization.
-The maximum weigth you can carry is lowered but you run slightly faster now when not overencumbered.
-Endurance and maximum carrying weight varies and is based on your choice of character.
-Your entry to The Zone is at 6 AM (morning).
-English subtitles during VIP NPC dialogs.
-Time scale is scripted to 3:1 (3 times faster than realtime)
-Corpses and dead animals can be dragged (“Shift” + “Use” key)
-Bandages only stops bleeding.
-No weapon restrictions in safe zones
-Option for first person camera and third person camera with a single button.
-New cool screen effects when firing a weapon (resembling recoil shock/shake effects). This effect varies depending on the caliber fired.
-Your flashlight does not illuminate your weapon any more (only when reloading and sprinting) which makes it easier for your eyes to focus on the environment during darkness.
-3GB RAM enabled for system engine (prevents crashes on lower end pc’s)

-Stronger and deadlier anomaly’s.
-Very little food and good drinks found in The Zone making them more valuable.
-Zombified stalkers are mindless wanderers that attack everything and are killed effectively only with headshots.
-Fewer weapons to be found in The Zone.
-Low weapon and ammo ressources. No more “killing zombies to easily find loads of weapons and ammo”.
-No gifts in your stash after the quest’s “friend of stalkers” & “monsterhunter”
-Changes to actor health system, item effects, economy and damage system for very high difficulty
-“Easy” and “Normal” difficulty setting has been disabled in the main menu. Only “Hard” available.
-Minimap shows no enemies or dead bodies, only traders and your cooperatives
-Universal silencer has been removed: You will need the correct sound suppressor variant for your weapon caliber
-No warnings, task messages or safezone indications on pda during emmisions (only sirens)
-Seek a more natural day/night rhythm without drugs if you want to avoid a blurred vision caused by headache or the need for recreation and rest.
-Food don’t restore your health.

–Many mutant have new sounds including Poltergheist, Snorks, tushkano, flesh, boars, …
-New special designed sounds including actor steps on grass and in water, drinking, eating and more
-New ambient sound effects including flies and other animals.
-All weapons have new crisp sounds for firing, handling and reload (even including your knife).
-PDA sounds are retouched
-New original musical score for all areas.
-Combat music changed to silence (music is cut off)
-All weapon sounds are synchronized to match animations
-New interface sounds including ingame inventory
-Random radio chatter and miscellaneous sound effects
-Russian Dialog and general speech
-Each silencer variant has a unique sound (based on the ammo caliber)

–Hundreds of new high resolution textures for environment, items and weapons, suits and gasmasks
-Complete redesign of environmental textures to create a dead and miserable atmosphere (many dead textures from AtmosFear used)
-Better blood
-Redesign of most weapons (many weapons seem worn and unmaintained)
-There is a large variation in the amount of corrosion and dirt on the weapons depending on the background of the weapontype.
-New sprint animation for many weapons.
-New look of several mutants including Flesh and Chimera
-Unique AtmosFear sky textures for most weather types

Unique version of AtmosFear3 with special designed sky textures, weather behavior, suns and god rays (Fallout is not included). The weather has been scripted to be almost a constant dreadful setting where the sky rarely ‘opens up and breathes’ with direct and clean sunlight.

–Corrected the pda statistic called “killed stalkers” to “people killed”
-AI tweaks due to adding metadata to some sounds that inflict behavior (i.e. related to tushkano)
-Range of the combat knife has been raised
-The FN2000 can now use the silencer as default
-Iron sights aligned correctly
-Colonel Kovalski bug fixes
-Oasis artifact will no longer reduce your hunger but it has better healing ability, it is highly radioactive as it supposed to be
-Pistol Degradation (some pistols did stop degrade if you installed all upgrades)
-Minor artifact tweaks
-Crow spam fix
-Dead body remove time (stalkers & mutants)
-The three Burers in X8’s “secret floor” can now be killed from outside the room they are located in
-No lock down when fighting enemy’s close to safe zones
-Quest items can be stored in your stash 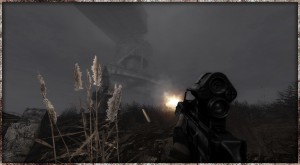 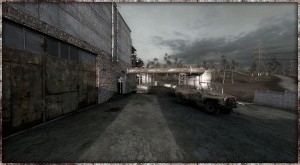 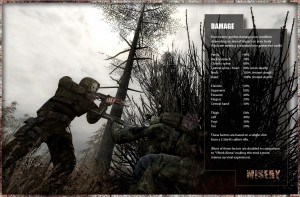 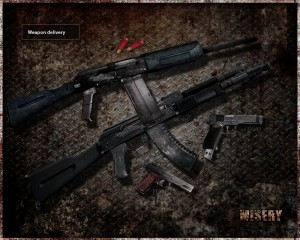 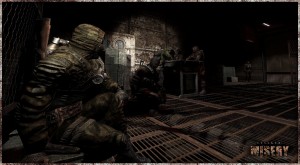 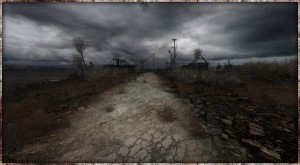 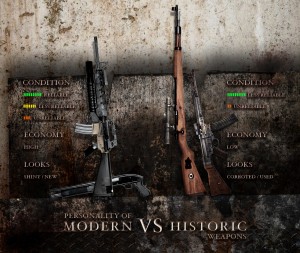